A Toast for the Aramean? 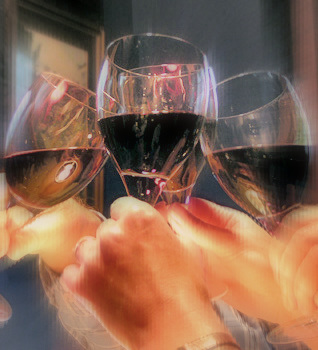 In just a few days Jewish families around the world will recount the story of the Exodus from Egypt. At the center of the Haggadah, Passoverâ€™s universal guidebook, is the raising of the wine glasses in recognition of G-dâ€™s promise to Abraham to redeem the Jews from Egypt, a promise that endures through every generation and drives one of the clearest miracles of our time â€“ the survival of the Jewish people. After the glasses are lowered, the – Haggadah text then traces the survival miracle from its emergence in the time of Laban, the Aramean, Jacobâ€™s father-in-law.

Laban?! Would we ever have thought that Laban was a serious threat to Jewish survival? Laban is known as the notorious swindler for his unabashed deception of Jacob, but how was he among Judaismâ€™s greatest enemies? More troubling is what we read next: â€œPharoahâ€™s decree was only on the males, but Laban sought to uproot everything.â€ Our rescue from Labanâ€™s hands was more compelling than the Exodus from Egypt!

When my first child was born I was struck by how vulnerable, and clueless, a little baby is. Do babies know when theyâ€™re about to slip off the couch onto the hard floor, or the tragic results, G-d forbid, of not being harnessed into a carseat? They have absolutely no concept of the constant threats they face.

Labanâ€™s threat to Jewish survival is surprisingly unclear, but therein lies its eternal significance. Somehow, Jacob and his family were at risk of total annihilation, and behind the scenes was the Al-mighty protecting His children. If it were not written in the Torah, we would have been clueless. G-dâ€™s quiet protection testifies to His eternal love, and serves as a most appropriate introduction to the account of the Exodus and recognition of the miracle of Jewish survival. (Based on the Vilna Gaon)

On a more personal level, we are like the helpless infant â€“ truly vulnerable. Maybe you can remember many near-misses youâ€™ve experienced, but how many near-misses did you not even know about? Was there ever a time you discovered how G-d was quietly protecting you? At the Passover Seder weâ€™re reminded to recognize these daily miracles and express our endless gratitude. Letâ€™s raise our glasses to that!