If You Pick Up the Phone, It Stops Ringing 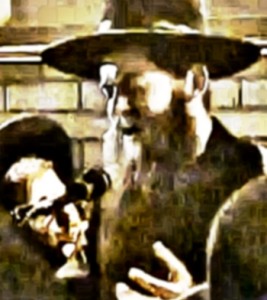 Recall that our relationship with the Al-mighty is not simply servant to master — it’s much deeper. He’s not only Malkeinu, our King, but Avinu Malkeinu, our Father, our King. A mere servant follows orders, but a child does what he knows his father wants most. While G-d did not record baseless hatred in His Torah as a punishable crime, we know that the deep pain it causes the Al-mighty, as it were, far exceeds even the most cardinal of sins. (Nesivos Shalom, Bamidbar 146)

I encourage you to read the words offered in eulogy (pgs 1 & 16) by Rabbi Binyomin Eisenberg , spiritual leader of the synagogue attended by Leiby Kletzky’s family, and one who had a close personal relationship with the pure, innocent Neshama (soul) summoned back to heaven last week. While one can only speculate what G-d’s message is to us, and undoubtedly there are many amidst such a profound tragedy, Rabbi Eisenberg noted the outpouring of assistance, thousands of volunteers, who helped in the search for Leiby and eventually helped lay his body to its final rest. He then asked a painful question: “Why do we need a tragedy to provide water in the streets for strangers?” “Let’s help each other – always,” he said. “If you pick up the phone, it stops ringing. If we Daven (pray) and help each other, we hopefully won’t need tragedies.”