Open Your Heart and Then Your Eyes 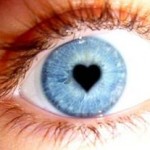 Rabbi Eliezer Silver zt”l was a leader and acitivist who saved thousands of Jewish lives during the Holocaust. After the liberation of the Nazi death camps, he tried to revive the spirit of Judaism among the survivors.

One of his many activities was organizing prayer services. A certain refugee refused to participate, explaining that he’d been turned off to Judaism forever. He said that there had been a religious Jew in this refugee’s camp who had smuggled in a Siddur (prayer book), and he would charge people half their bread ration to use his Siddur for ten minutes. After witnessing such cruelty, the refugee refused to have anything to do with Siddurim, prayer services, or anything Jewish.

Rabbi Silver approached him with great compassion and understanding, but offered him a new perspective. “You only see the Jew who was so cruel,” he said. “What about the holy Jews who were willing to give up half their meager rations for just 10 minutes with a Siddur?”

No one can blame the refugee for his feelings. After living through his hellish experience, who could say they would react any differently? Nonetheless, says Rabbi Shimshon Pincus zt”l, two people can hear the same story and one notices the cruelty, while the other notices the holiness and dignity.

The Sages say that what the eye sees depends on what the heart feels (Talmud Avoda Zara 28b), and in this week’s Torah Portion (Num. 15:39) we’re told “Don’t stray after your heart and after your eyes.” Our eyes will only see negativity and impurity if our hearts have already been corrupted. If we make the effort to turn our hearts towards positivity, giving to others, appreciating, then the world will transform before our eyes into a panorama of pleasures and joy, the constant gifts that G-d wishes upon us.