By: Mordechai Dixler|Published on: May 26, 2011|Categories: Lifeline| 9 comments 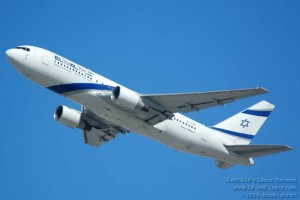 I had a unique experience this past Sunday night, one that was shared by thousands throughout the world. Early Monday morning (Israel time), El Al Flight 27 departed Ben Gurion airport destined for Newark, NJ. A technical problem was soon discovered — according to one indicator, the left-hand landing gear failed to rise into the aircraft. The plane then prepared to return for an emergency landing, to be met by over 70 emergency vehicles which streamed in from the surrounding area.

News of this potential tragedy traveled the world with baffling speed. First we received a phone call from a relative of a passenger, asking us to pray for his safety. That was soon followed by a cellphone text and then an email: “URGENT! TEFILOS (prayers) NEEDED NOW!!!!!” People across the globe were whispering prayers, pulling Books of Psalms off the shelf, shedding tears for people they will likely never meet.

Thank G-d the plane landed safely at Ben Gurion, as confirmed by the texts, emails, and Twitter tweets that followed, and the event was shelved to gather dust in the archives of history. It is my hope, however, that the unity, the keen awareness of the small world we share thanks to modern communication, will remain in my memory. That night I began to picture the world as one Kehilla — community — and the virtual Gabbai of this global synagogue had banged on the table urging all the congregants to join in prayer. The congregants dutifully joined in, and all judgement of what type of people were on the plane, their level of observance, whether they drove a Lexus or a Chevy, were set aside. We spoke with a relative in Los Angeles soon after, and he innocently stated “Of course, my prayer book is still on my lap now!” We’re thousands of miles apart, but davened in the same virtual synagogue.

The reading of the Book of Numbers commences this week, and the lesson of G-d’s counting of the Jewish people is so palpable after experiencing this event. “Because of their love before Him, He constantly counts them.” (Rashi, Numbers 1:2) He loves each one of them and counts them, as it were, to maintain a constant awareness of His children. Although we may often think and act as if it weren’t true, with El Al Flight 27 G-d reminded us of what we know in our hearts — we love each one of them too.