Battle Back with Blessings 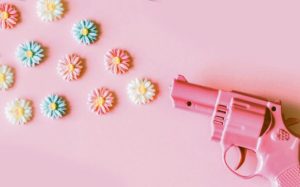 In Jewish tradition, one can pray for others in both formal and informal settings. Simply saying “Be well!” — or, as Mr. Spock put it, “Live long and prosper!” — is a prayer. Even the most common term used for greetings in Hebrew is “peace be upon you,” or simply a blessing of “peace – Shalom.” In simple interactions, we have many opportunities to bless others, every day.

Balak, the king of Moav, took the opposite course. He requested prayers — but not blessings.

Crossing the desert, the Jewish people courteously requested passage through the Amorite lands. The Amorites not only rejected their request, but attacked them. With G-d’s help the Jews defeated them. Balak felt threatened by the military success of the Jewish people, and instead of inviting the Jews to pass through his land peacefully, he requested the services of Bilaam, a respected prophet known for his power to both bless and curse. Balak could have requested a blessing for his nation’s success from the prophet, but chose the hostile approach of calling for curses upon the Jews. As we read, Bilaam was unable to curse the Jews, blessing them repeatedly instead — much to Balak’s dissapointment.

You can learn a great deal about a person from how they react towards others. Balak did not look for self-improvement, or even solicit blessings for himself and his people. Instead, he called for curses.

The natural reaction to adversity may be to blame, and seek vengeance, but it does not need to be that way. Such an attitude reflects an absence of faith in G-d’s attribute of justice against the bad actors of the world. To seek destruction as a solution to personal problems is attempting to take G-d’s matters into your own hands.

An Austrian Christian recently visited Israel. Though she wanted to see the Holy Land, she was also concerned she would be treated with suspicion due to the way her nation had so recently treated Jews. Instead, she found friendship and acceptance, which she described afterwards as soul-healing. If the Jews were able to see past what her forebears might have done, and judge her by who she was, then certainly she could too.

Our mission is to give and seek out blessings. The practice of offering good tidings to others not only fosters friendship, but also shifts the focus to the True Source of all success or failure. In that vein, I offer my blessing that all of us be granted the ability and attitude to choose blessing over curse, good will over blame. May The Source of All Blessing shower us with much Bracha V’Hatzlacha – Blessing and Success! (Based on thoughts from Rabbi Yisroel Meir Kagan, Chofetz Chaim Al HaTorah)