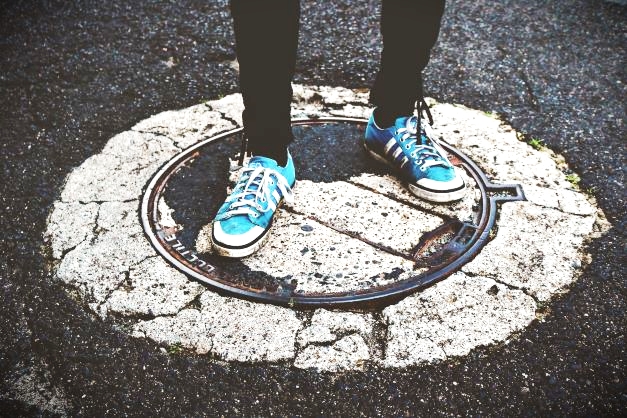 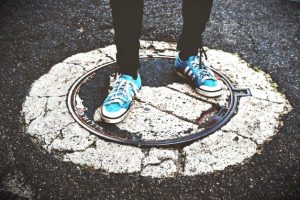 One day Jack noticed his friend Bob, happily jumping up and down on a manhole cover, shouting, “Twenty-three! Twenty-three!” Bewildered by his friend’s behavior, he asked him, “Why, Bob, are you so happy to be jumping on a manhole cover?” His friend replied, “Oh, I can’t describe the feeling of ecstasy to you in words. You’ll have to experience it yourself to understand.” Bob hopped off the cover to give Jack a try. Just like Bob, Jack began to hop on the manhole cover shouting, “Twenty-three! Twenty-three! ” After a moment, still jumping, Jack called out to Bob, “I don’t feel anything. Am I doing it right?” At that point Bob bent over and pulled the manhole cover out from under Jack, who then fell into the murky abyss below. Bob then replaced the manhole cover and once again began to jump happily, shouting “Twenty-four! Twenty-four!”

Often, when we fall into a dark place, it is the result of our own foolish decisions. This week’s Torah portion discusses the laws of the Sotah – a married woman who was unfaithful to her husband, and the miraculous process of judging her and the man she was with. The Talmud (Tractate Sotah 3a) notes the Torah’s uncommon use of the word “Sotah” to describe this woman’s actions and its similarity to the word “Shoteh” — a fool. From here we can derive, says the Talmud, that a person does not sin unless they have first been overcome by a spirit of foolishness.

This spirit of foolishness, says Rabbi Chaim Shmuelevitz zt”l, is the thought that the wrongdoing they engage in will have no detrimental effect. This, of course, is a foolish thought. Disloyalty to G-d’s will is always destructive to our soul and our relationship with our Creator. And as it is unreasonable to engage in activities that demote our spiritual gains and stature, the drive to do so can only be a bout of temporary insanity.

It’s natural and common for all of us to experience these moments, so we must anticipate them and prepare for them. Manhole covers must be locked, and perilous cliffs fenced off with guard rails. In this vein, the Talmud writes (Tractate Sotah 2a), “Anyone who sees the ruination of the Sotah, should ward off the temptations of wine.” While the drinking of wine is only remotely related to the ultimate unfaithful relationships of the Sotah, the advice of the Talmud is to foresee the ultimate consequence of frivolous activity, and take measures to seize control of the lesser temptations before it’s too late. May we all succeed in building our fences. And, of course, always make sure to watch where we jump!