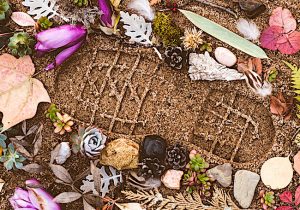 Abraham’s two children, Yitzchak (Isaac) and Yishmael (Ishmael), were at first raised in the same household. Abraham and Sarah had been miraculously blessed with Yitzchok, their first and only child, while Yishmael was born to Abraham and Hagar, Sarah’s maidservant, 14 years earlier. The Torah writes that Sarah noticed Yishmael “playing,” and as a result, Sarah insisted Yishmael and his mother Hagar be sent away from the house.

To explain Sarah’s harsh reaction, the Medrash cites many examples where the term “playing” is employed as a euphemism for a number of severe immoral, and even murderous, activities. This is what Sarah witnessed in Yishmael, and she was motivated by fear that his behavior would be a negative influence on Yitzchak, her son.

Abraham initially disagreed with Sarah’s judgment of his son Yishmael, but ultimately G-d told him, “Listen to whatever Sarah tells you (Genesis 21:9-12).”

Rabbi Yisrael Meir Kagan zt”l (The “Chofetz Chaim”) explains Abraham’s position: Although Yishmael’s behavior was abhorrent, Abraham felt his son Yitzchak’s noble character would counter his influence, and  perhaps even help Yishmael mend his ways. With this hope, Abraham was unwilling to give up on his son Yishmael.

Sarah, on the other hand, believed that it’s too risky to put a young, impressionable child like Yitzchak in that position, even if it might prove positive to Yishmael in the end. Yes, Yitzchak might have helped Yishmael, but his own character was almost sure to be sullied in the process. And it was Sarah’s intuition that prevailed.

Obviously, this lesson is integral to child raising and education, but I think it’s also acutely relevant to our own well-being. It is noble and praiseworthy to lift up others, but this must be measured against the risk of our own loss. One must constantly be alert, and pray for support. Even adults are not immune; advertisers, Facebook posts, and influencers (that’s a profession today!) have proven that intelligent, college-educated minds are abundantly malleable.

Our children are precious, and so is our own character and thinking. May we be granted the wisdom to protect them both!