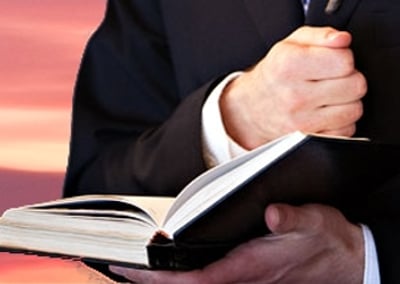 We are now in the “Ten Days of Teshuva (commonly translated as repentance).” The elements of Teshuva are verbal confession, regret, refraining from the negative behavior and pledging to do better.

Verbal confession, Viduy, can be found explicitly in the Yom Kippur prayers, while the other steps are either mentioned in brief, or only hinted to. Why is there such an emphasis on the verbal confession? The fact that repentance is even part of the prayers is strange. It is a personal resolution to improve going forward, which would seem to have no place in prayer.

While, again, Teshuva is commonly translated as repentance, the true meaning of the word is “return” — returning to G-d. The elements of Teshuva describe the process by which we return to G-d, and ultimately repair our relationship with Him.

To better understand this, let’s compare to a situation that I would never assume actually happened: you said some hurtful words to a friend. But imagine that such a thing were to have happened, and what, in that situation, would happen next.

When you met up with this friend after the incident, it would only be right that you immediately take the opportunity to ask forgiveness for your actions. If you fail to do so, it deepens the pain of the original wrong, as you’ve demonstrated that you don’t consider your words, the hurt, or the friendship important enough to repair at your first opportunity. It also wouldn’t help, in this situation, to merely think to yourself that you did something wrong, and that you know you must improve, or even to commit mentally to doing so. To repair your relationship, you would need your friend to hear your sincere apology in words, and that includes admitting you wronged them.

We all know this to be true, and the proof is that quite often, after we’ve wronged somebody, we try to avoid meeting up with them! In that case, we’re trying to avoid having to admit our wrongdoing. Confession can be a hard pill to swallow, but it’s crucial to repairing a friendship.

Prayer gives us a personal audience with G-d. It’s not only a time to ask for our needs; it is also an opportunity to verbally admit to Him that we understand we did something to injure our relationship with Him, and that we commit to improve. Teshuva, returning, is not a personal resolution. It’s an effort to come back, reunite with Him, and remove all the uncomfortable barriers we’ve created with our mistakes. That can only be done in His presence, and with verbal expression. (Based on Sichos of Rav Shimshon Pincus zt”l)

Yom Kippur is a day to come clean with G-d, to repair a crucial relationship that we, being human, surely damaged over the twelve previous months. It’s the greatest such opportunity of the year. May we all merit to completely return to G-d, obtain full forgiveness, and thereby be prepared for a year of spiritual devotion and success.