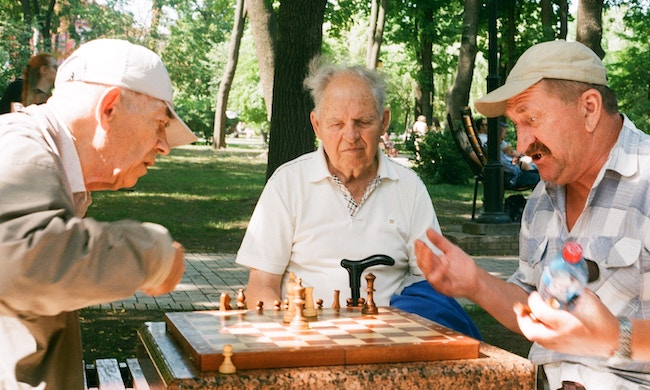 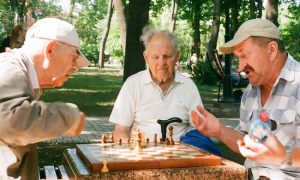 What do you hope to be doing when you’re eighty years old?

In last week’s Torah reading, the story of the enslavement of the Jewish people in Egypt and their ultimate redemption began. The key figures in this story are Moshe and Aharon (Moses and Aaron), who were eighty and eight three years old respectively at the time (Shemos 7:7), and their sister Miriam who was still older.

One can only be impressed by the energy, devotion, and accomplishments of these three octogenarians. Thanks to their efforts during the years of the Exodus and the forty years that followed, the Jewish nation left Egypt in the millions, accepted the Torah at Mt. Sinai, and prepared to enter the Promised Land. Today, the majority of the world believes in One G-d and a code of conduct based upon the Sinai revelation. Not bad for a family of elderly Jews!

Much of Jewish history is the story of men and women who served their communities and their Creator well into their golden years. The walls of a typical religious Jewish home today are decorated with pictures of white-haired heroes, leaders and teachers of the Jewish people — individuals whose sense of responsibility appeared to have only gotten stronger with age. One Jewish luminary of note, who is today well into his nineties, is known to have said, “When I turned eighty I decided my [remaining] time in this world is for the sake of the community.”

These outstanding leaders should inspire those of us in the younger generations to get involved in our communities, synagogues, and wherever we hear our calling. Setting aside time for ourselves is essential, of course, but there’s no lack of opportunities for all of us to donate our time to others. May our service to our families, our communities, and ultimately to G-d Himself, be blessed with strength and many meaningful, purposeful years. (Based on Seforno and Aznaim L’Torah)