Do You Love Your Luggage? 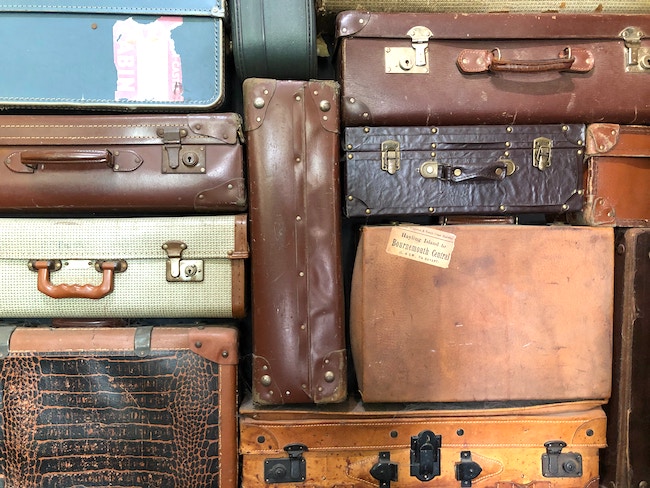 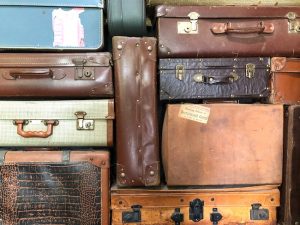 What do you find more restful – relaxing on a couch, or carrying packages? It seems like a silly question, right?

Let us try to answer with a story.

Manny had a break from work, and decided to go home early and relax. With his children away at school, and only his wife at home, he looked forward to a calming environment, to peace and quiet in his home. So he settled down in his chair, and his wife brought him a cold glass of lemonade. “Hi honey,” he said, “thank you so much.” He sipped the lemonade as his wife left the room.

“Hmm… too sour,” he thought. “Honey, can you put some more sugar in this?”

There was no answer. “Oy, I wonder if she left.”

He begrudgingly got up from his chair and went to the kitchen to sweeten the drink. Manny returned to settle down again, but as he slumped into the cushions of his chair, he felt the worn springs poke into his side.

“Ouch… it’s probably time to replace this old chair,” he thought. “Well, I have some extra time now… I think I’ll go to the furniture store and get a new one!”

Driven both by impulse and his dream of relaxing for hours in a new chair, Manny went out to the car. Then, however, he discovered that his wife had taken their car to do some errands. Disappointed but determined, he walked to the nearest furniture store. For hours he trekked from one to the next in search of his dream chair, until, finally, he found the one he was looking for. He was ready to load his new purchase into the car, when he remembered that he had walked to the store in the first place. He had no patience to wait for his new chair to be delivered, and he had gotten himself this far already, so he heaved the chair onto his back and trudged the few blocks to his house. Sweating and aching, he arrived home and dragged his new chair into his living room. His half empty glass of lemonade sat on the counter, and he went into the kitchen to fetch it before taking his well-deserved break in his new chair. He returned to the living room, only to find that his children had just come back from school… and were now fighting over who gets to sit in the new chair first!

Manny was deprived his rest, because he could not patiently accept anything that was less than ideal, anything that weighed him down. He couldn’t accept the “burden” of the imperfect. He couldn’t relax with half-sweetened lemonade in his old chair. Unless everything was perfect, he couldn’t rest; and since nothing is ever perfect, in the end, he never rested.

“He saw that rest was good.. and he tilted his shoulder to take a burden.” Serenity is the result of a willingness to accept hardships. Issachar, unlike Manny, and so many of us, welcomed the burdens of life — the great secret of living in peace and tranquility. (Based on Tiferes Shimshon, HaRav Shimshon Pincus zt”l”)