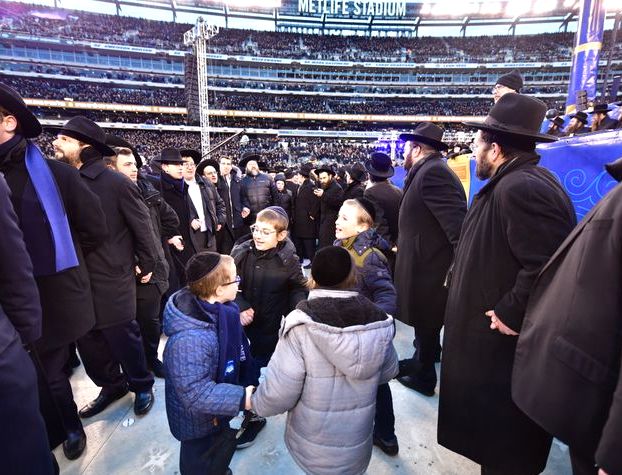 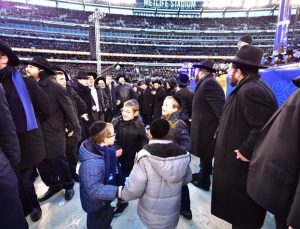 Joseph’s tears flowed as he wept on his father Jacob’s shoulder. It had been 22 years from the time Jacob sent Joseph to check on his brothers, only to learn that he had been tragically devoured by a wild desert beast. Jacob was inconsolable for 22 years, but his mourning abruptly ended when his sons returned from Egypt with the shocking news that Joseph was not only alive, but now the viceroy of the land of Egypt.

One would expect after such a reunion that Jacob would cry along with his son Joseph, but the Torah writes that “He cried heavily” (Gen. 46:29) only in regard to Joseph, and not Jacob. Rabbi Shlomo Yitzchaki zt”l (Rashi) notes this and cites the Talmudic explanation that Jacob was at that moment reciting the Shema prayer (recited twice daily in traditional Jewish practice). It is for this reason he did not cry with his long lost son.

One must admire the spiritual strength of Jacob, to contain his natural emotion for his beloved son and instead spend that first moment of reunion in service to the Al-mighty, but couldn’t Jacob have first hugged and cried with his son, and then afterwards say his prayers? What an awkward time to choose for his religious services, when there was ample opportunity to say the Shema after spending some time with his beloved son after so many years!

This, however, is typical of righteous people, explains the Steipler Gaon (Rabbi Y. Y. Kanievsky zt”l, 1899-1985). At moments of great joy and emotion they channel their heightened positive energy to service of G-d. Jacob saw no better tribute to his Creator than to offer this precious moment to connect to his own Father in Heaven.

On this coming Shabbos, tens of thousands of Jews are set to complete a 7.5 year commitment to the Daf Yomi learning program – a challenging one-folio-a-day study of the entire Talmud. Yesterday, there was no football game at Metlife Stadium. Instead it was filled with many of these proud individuals and 90,000 of their Jewish brothers and sisters, with an overflow crowd of 20,000 at Barclays Center in Brooklyn, and similar gatherings in locations across the US, Israel, and other Jewish communities throughout the world.

The program at the Stadium included reading the last lines of the Talmud, as well as many inspiring presentations, but the true highlights for celebrants were similar moments of shared devotion at a time of personal joy. First was the completion of the Talmud itself, which was immediately followed by shared singing and dancing with songs of prayer and praise to the Al-mighty. This was followed by the Shema prayer cried out in unison, proclaiming G-d as the one and only power and authority in the universe. Finally, they recited the evening prayer (Maariv), and the stadium went completely silent as all the participants whispered their personal prayers and praises to the One who brought them to this momentous occasion.

Jewish celebration is fashioned after the practice of Jacob, our Patriarch, who joined his moment of personal celebration with spiritual service. Mazel Tov to all who have completed the Talmud, and may we all continue to share in the many more spiritual celebrations to come!