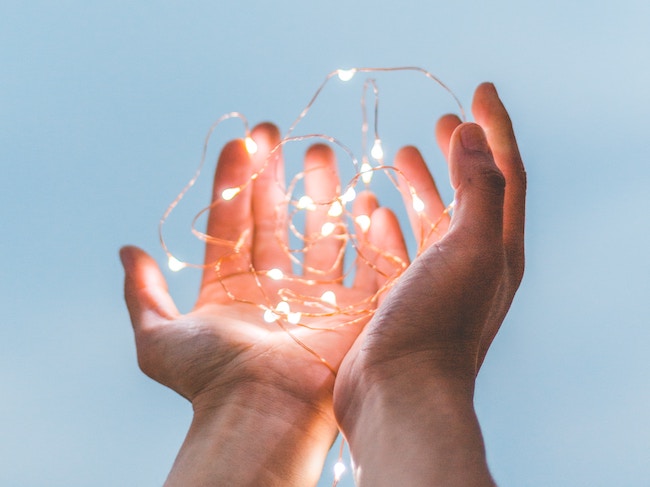 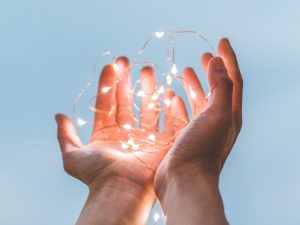 Rabbi Sholom Schwadron ztl, the famed Magid (storyteller and inspirational speaker) of Jerusalem, would tell the story of an Israeli soldier who was terribly anxious and fearful in the middle of a heavy battle. Bullets and explosives were landing all around him, and it was taking its toll.

He noticed that his fellow soldiers, those who were religious, did not seem to feel this way. They would read from their books of Tehillim (Psalms), and their prayers would give them a visible sense of serenity despite the precarious situation they were in. The profound pain of his ignorance of Judaism and spirituality stirred in him and he yearned for the connection his religious army mates so clearly had. He then addressed G-d and said out loud, “I never had the opportunity to learn about you. Prove to me that You are here. Cause a piece of shrapnel to hit me in the finger so I can no longer shoot. Then I will know with certainty that You are with me.”

As the words left his mouth, an explosion occurred right near him, and a piece flew into his finger, knocking his rifle out of his hands.

He was taken to the military hospital and they found no other injuries besides his finger, which he could no longer bend. It was then that he decided that immediately after he leaves the army, he would go into a synagogue and ask where he could study Torah and learn about his G-d and his Jewish heritage.

The war ended, and he remembered his promise. However, he was just three months short of finishing his degree in Agriculture. He decided to first finish his degree, and then study Judaism.

After he graduated, he was ready to pursue his commitment to Judaism. He walked into a synagogue and sat down, but he noticed that his drive to learn was lost, the feelings had dissipated. He tried again on another occasion, Yom Kippur, but he had lost interest. He remained uninterested and ignorant the rest of his life.

“You should guard the Matzos (Ex. 12:17),” is the Torah’s Commandment to be careful to not allow the dough of the Passover Matzos to rise. Matzos must be completely unleavened. The Hebrew word for Matzos has the same letters as the word “Mitzvos” â€” Commandments. From here the Sages derive the lesson that when you have the opportunity to do a Mitzvah, don’t “let it leaven.” Do the Mitzvah as soon as you can, before you lose your desire and motivation.

May we all have the strength to take advantage of Mitzvah opportunities right away!