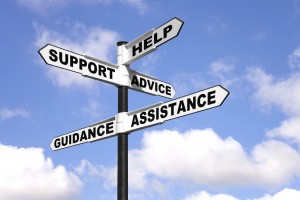 A young man in PolandÂ was once diagnosed with a life-threatening illness. His teacher, the holy Rabbi Yisrael Meyer Kagan, known as the Chofetz Chaim, advised him to seek a blessing from a certain scholar in another town. He asked his student not to reveal to anyone the nature of his counsel. The student traveled to receive the blessing, and, to everyone’s surprise, recovered rapidly from the illness. As the Chofetz Chaim had requested, he told no one about the special blessing.

Twenty years later, after this young man had gone on to marry and raise a family, his sister-in-law was diagnosedÂ with the same life-threatening illness. After great pressure from the family,Â he told his wife the secret of his recovery, and she became hopeful that such a blessing might heal her sister.

But soon afterwards, the man himself fell ill once again — and he was frightened that this happened because he had told his wife how he was healed, against his teacher’s request. He had no choice but to visit the Chofetz Chaim, who was now elderly and weak,Â and ask again for hisÂ assistance. After hearing the story, the Chofetz Chaim said, “I really wish I could help, but I’m not as strong as I used to be. After sending you for a blessing, I took it upon myself to fast forty forty days for the sake of your recovery, and I’m afraid I’m not able to do that anymore.” The Chofetz Chaim was so dedicated to the needs of others not only did he fast for forty days on behalf a student, but he deliberately made the student believe that someone else should get all the credit!

Near the end of Moses’ days he asked G-d to appoint a successor so “the congregation of G-d should not be like sheep who do not have for themselves a shepherd (Numbers, 27:17).” Why didn’t he simply say “like sheep without a shepherd”?

The Jewish People would certainly find a successor, of that MosesÂ had no fear. His concern was that their leader and guide would only do the minimum of what’s necessary to be seenÂ as a responsible leader, and secure his job. Moses prayed that the shepherd not be devoted to only himself, but to the sheep. May the people have a leader for themselves! (Lekach Tov, Kehilas Yaakov, and Rav Sholom Shvadron zt”l)