The Middle East Conflict – When Hope is Gone: An Optimist Perspective.

Jonathan Rosenblum, director of Jewish Media Resources, also serves as an English-language spokesman for the Orthodox Jewish community with foreign journalists, and is a columnist for the Jerusalem Post. Jewish Media Resources is a leading media organization dedicated to furthering an understanding of Torah Judaism. JMR works with foreign journalists stationed in Israel and with local journalists by providing access to leading figures within the Orthodox Jewish community in Israel, and with information and insights about the community.

This past Sunday our Baltimore audience enjoyed an intrigueing presentation by Rabbi Motty Berger of Jerusalem. He began the talk with the question “What is the reason for Anti-Semitism?” He took a number of suggestions from the audience in Baltimore and wrote them on his dry-erase board in Jerusalem, and then proceeded to zero in on the real reason for the phenomenon with his strictly rational approach. 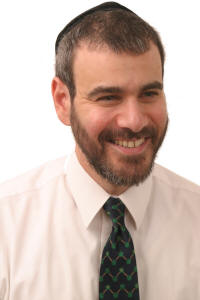 Coming up, February 4th, 10 AM: Doron Kornbluth, author of the best-selling “Why Marry Jewish?!” and international lecturer and expert on intermarriage, will give a talk on “Interfaith Dating & Marriage: Understanding & Discussing the Phenomenon“.