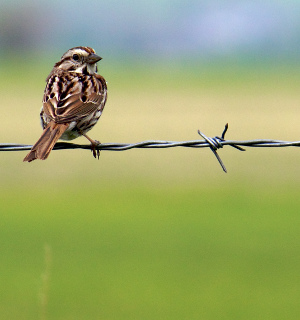 At a pivotal moment in the Purim Story, Mordechai sends a message to Queen Esther: go in to King Achashveirosh, and beg that he overturn Haman’s decree to annihilate the Jewish people. Esther responds that to enter the King’s chamber uninvited is punishable by death — she must wait for him to call her, or she will be killed simply for entering. Mordechai’s response is challenging and forthright (Esther 4:14): “if you don’t go in to the King, the nation will be saved some other way, while you and your family will perish.”

How should we understand this give-and-take? Was it simply a matter of Esther fearing for her life, while Mordechai urged her to put the plight of her people first?

Their argument, explains the Nesivos Shalom, was much more fundamental. Esther had accepted the fate of her people. She argued that they had reached such a spiritual low that they were undeserving of Divine deliverance from Haman’s decree. The Al-mighty has rules, and the people had broken them and were sealed for extinction. Mordechai countered that the situation is never hopeless. We will be saved “some other way,” one that defies all rules. G-d has a profound love for us and will break the rules of His kingdom, even if we don’t deserve it. If we reach beyond our limits for Him, He will go beyond His limits for us. Go into the palace against the rules, he said, and demonstrate how our love for Him also transcends all limits.

Purim encourages us to live in this plain that overlooks our natural limitations. Walled in by physical, emotional, and spiritual boundaries, we often fall short of our potential for greatness, accepting that some things are just impossible to achieve. Some things are indeed impossible, but never are they hopeless. The Al-mighty has limitless love and help waiting for us, and with Him all is possible. With that in mind, we can have the strength to attempt and hopefully achieve the impossible.

May we all have a Purim filled with boundless joy!