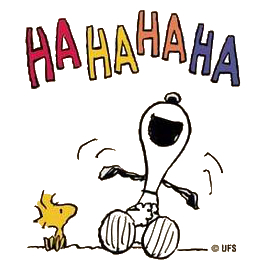 One of my childrenâ€™s favorite songs for Passover isÂ Pharoah in Pajamas in the Middle of the Night, a simple repetitive tune highlighting Pharoahâ€™s frantic search for Moses on the night of Egyptâ€™s plague of the firstborn. Iâ€™ve heard renditions of the song in English, Hebrew, and Yiddish â€” evidence of its popularity in our circles.

A firm foundation for this tuneâ€™s sentiment can be found in G-dâ€™s instructions to recount the story of the Exodus to our children (Ex. 10:2): â€œin order that you tell over into the ears of your child, and your childâ€™s child that I made a mockery of Egypt.â€ I hope my children will forgive me, but Iâ€™ve always been uncomfortable with the tune and the idea of making a mockery of Pharoah and Egypt. The conduct of Pharoah and his people was unquestionably evil, but why do we lower ourselves to portray them as the laughingstock of the Exodus? Furthermore, why would G-d laugh at Pharoah? I would think that Egyptâ€™s record of unconscionable abuse of the Jewish people, and obstinate refusal to accept G-dâ€™s authority over nature â€” as displayed in the plagues â€” would be more of a tragedy than a comedy.

Humor, by definition, is an expression of nonsense. A joke often injects nonsense into reality for but a moment, and the surprising discovery that weâ€™ve confused the real with the ridiculous makes us laugh. At the same time, would it not be tragic for one to live thinking that nonsense is true, that the imaginedÂ isÂ reality?

Pharoahâ€™s behavior was the tragic result of confusing the real and the ridiculous. His actions and dialogue with Moses defied all reason. Egypt was hit by a plague, Pharoah promised to let the Jews go, the plague ended, and Pharoah changed his mind. This cycle repeated ten times: plague, deal, plague ends, no deal. Itâ€™s like the guy who reads the back of the shampoo bottle â€” â€œlather, rinse, repeatâ€ â€” and still hasnâ€™t left the shower!Â (credit to Bill Engvall for the metaphor). His reactions were nonsensical, and therein lied the tragedy. When Pharoah acted like a clown, he and his people suffered the deadly consequences.

Weâ€™re instructed to repeat this lesson in the ears of our children, through every generation, because man commonly displays the same comical, yet tragic, behavior. When are we inspired to turn to G-d? When weâ€™re faced with problems. We take the necessary action, we pray, G-d takes away the problems â€” and we sadly go on living uninspired. The cycle plays out again and again: difficulty, prayer, He helps, we forget about Him. Before we laugh and sing about Pharoah in his pajamas, consider that the joke is on us â€” if we keep this up. May we all be motivated to remove the comedy from the script, and begin writing our stories of success!Â (Based onÂ Taam Vâ€™Daas).