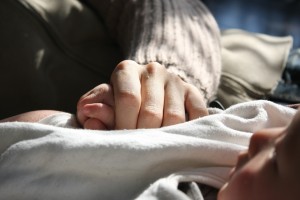 Due to the widespread famine in Canaan, Jacob and his family descended to Egypt to live under Joseph’s care. Before the journey, G-d appeared to Jacob and said “Don’t fear going down to Egypt, for I will make you a great nation there. I will go down with you and I will also take you out (Gen. 46:3).” Wouldn’t this move to Egypt prove to be the beginning of hundreds of years of painful enslavement under ruthless taskmasters? Jacob knew of Abraham ‘s prophecy that his offspring would endure slavery and oppression in a foreign land for hundreds of years (Gen. 15:13). Why shouldn’t he have feared this impending horror?

The truth is that yes, Jacob had reason to fear. But G-d’s promise — that He would be with Jacob’s children all along and that ultimately they would emerge a great nation — gave Jacob the strength to overcome it. G-d, in His Wisdom, sent the Jewish people to Egypt to build them into a great nation. Life in Egypt would be difficult, torturous and deadly at times, but our Father swore to never let go of our hands throughout the surgery. He promised that the Jewish People would leave with new strength and a promising future. A nation committed to G-d, one that would introduce and instill spiritual purpose into the world, would come out at the other end.

Pain is commonplace, and it’s our Egypt. “That’s life!” as they say, but it’s far too glib. Take a moment to consider some of the difficulties you’ve gone through, where the pain has now subsided. Did that experience change the way you look at and value life, your family, or your community? Did you grow or learn from the trying times? Jacob learned the importance of remembering that G-d is with us throughout our suffering, and to focus on the rewards on the other side. We often merit seeing the blessing hidden in the sorrow, if we take a moment to appreciate it.

It’s now just a week since the Sandy Hook Elementary tragedy, and we’re all afflicted with new fears and feelings of helplessness. We don’t know why this had to happen, but perhaps there’s one thought that can give us strength: Someone Who loves us is holding our hand, and the hands of our precious children. Turn to Him for reassurance. May we soon see the other end of this pain, and may we all find new strength and a more promising future.