Those People Are In Tents! 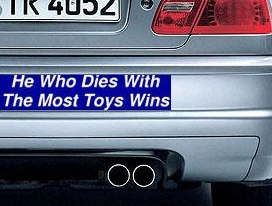 A guest who had traveled from afar once visited the saintly Chofetz Chaim, Rabbi Yisrael Meir Kagan zt”l, and was taken aback by the Rabbi’s simple living conditions. The home was lacking the most basic furnishings! When he relayed his surprise, the Chofetz Chaim asked him, “And where is your furniture? Why didn’t you bring it?” The guest replied with the obvious, “I’m just passing through here. I live quite a distance from here, and there I have many furnishings to decorate my home.” “I’m following the same practice,” responded the Chofetz Chaim. “In this world I’m just passing through. My real home is in the next world, and with the eternal treasures produced from my service of the Al-mighty I am furnishing that future home.”

Bilaam was hired to curse the Jewish nation, but was denied the ability to do so. In fact, he eventually formulated a number of blessings and praises, including “How goodly are your tents, Jacob, your dwelling places, Israel!” (Numbers 24:5) The Jews were indeed dwelling in tents at the time, but the message was that they not only dwelt in tents, but their attitude was in tents. All the wealth and possessions they had, whatever “stuff” they collected, was understood for what it was — temporary, like a tent. What they really valued and focused on was their everlasting spiritual acquisitions in their service of the Al-mighty. (Sefer Taam V’Daas)

The Talmud notes that Bilaam was particularly impressed by the way the tents of the camp were pitched. The openings of the tents did not face each other, allowing greater privacy. This demonstrated, explained a friend of mine, that their focus was not on what new furnishings and finery, new gadgets and gizmos, their neighbors had. Their aspirations derived from within, from what they truly valued — growth in their relationship and service of the Al-mighty. This was eternal wealth they could take with them to their permanent home in the World to Come.