Get Your Self Out of the Way!

By: Mordechai Dixler|Published on: May 10, 2012|Categories: Lifeline| 7 comments 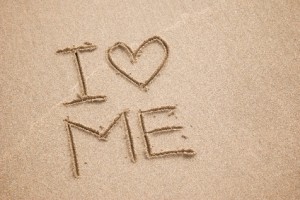 As mentioned previously, the 50 days between the holidays of Passover and Shavuos are known as the time of “Counting the Omer.” Today is the 33rd day of the count, the holiday of Lag B’Omer, which is notable for two reasons. Twenty-Four thousand students of Rabbi Akiva, the great Talmudic sage, died during the Sefira period, and our tradition is that this tragic plague ended on Lag B’Omer. This day also commemorates the passing of Rabbi Shimon bar Yochai (often known as “Rashbi”), one of Rabbi Akiva’s few surviving students, and whose piety served as a blessing to his entire generation. Our tradition is that on the day Rashbi died, he revealed the hidden teachings of the Torah known as the Zohar, the basis of Kabbala, to his students.

The classic ethical work, Chapters of the Fathers, Pirkei Avos, lists 48 ways to acquire the knowledge of Torah. Each of the 48 ways – Purity, Peace of Mind, Limiting Earthly Pleasure, etc – stresses a virtue for personal growth. The commentaries note that these 48 ways correspond to the 49 days of the Sefira cycle, the last day serving as the culmination of all 48.

Interestingly, according to many sources, the 33rd day of Sefira corresponds to the virtue of “Loving Rebuke.” The Talmud and Midrash attribute the death of Rabbi Akiva’s students to a lack of respect or generosity towards each other. How appropriate it is that the 33rd day, the day the dying ceased, represents the polar opposite – showing love for another to the extent of loving their rebuke!

The theme continues with Rashbi himself. The Talmud writes that Rashbi spent 13 years with his son in a cave, evading a death sentence from the Roman government. He subsisted on the bare minimum of food, shelter, and clothing. Living under such conditions serves to erase any form of personality, of self. During this time, Rashbi did nothing but study Torah with his son. With all remnants of self erased, their Torah study was an absolute connection with G-d and His word.

What process is necessary to move from the vices of disrespect and greed, to the virtue of receiving rebuke with love? It’s the process Rashbi underwent in the cave – diminishing the self. Once we break from being absorbed by ourselves, we can be open to loving others and embracing even their criticism.

Rashbi experienced an intense level of spirituality during those 13 years, an experience through which he merited the advanced spiritual knowledge of the Zohar. The same process holds true for us. When self-centeredness fades, our soul then has room to welcome others in, especially G-d. Lag B’omer and Rashbi present the movement out of self, the key to spiritual existence on earth. (Based on Ohr Gedalyahu and Nesivos Shalom)