The Value of Being Small 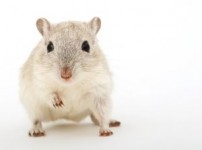 Just the first word of this week’s Torah reading contains a beautiful lesson. That word is VaYikra, “and he called,” referring to G-d calling to Moses. Vayikra indicates a connection between the two parties, whereas without the final Aleph, “Vayikar” is the way that G-d spoke to Bilaam, the evil prophet who tried to curse the Jews (see the Torah Reading “Balak” in the Book of Numbers). The commentator Rashi tells us that “Vayikar” is an off-hand, dismissive call.

When G-d called to Moses, He did so with closeness and endearment, but Moses tried to avoid glorifying himself. He wrote a miniature Aleph, to minimize the distinction between himself and Bilaam. It’s obvious that the relationship between G-d and Moses was as different from that between G-d and Bilaam “as the difference between East and West,” but even so, Moses didn’t want to claim credit. He was truly the most humble person on earth (Numbers 12:3).

How did G-d respond to this extraordinary level of self-effacement? Our Sages teach that Moses’ radiance, the light which literally beamed from his face as he descended from Sinai with the second Tablets on Yom Kippur (end of Ki Sisa), was given to Moses in exchange for the ink that he saved by not writing a full-sized Aleph.

So much of the world around us is dedicated to the opposite: to self-glorification and the pursuit of fame and honor. With only a moment’s reflection, we realize that that path doesn’t lead to happiness, it does not satisfy our souls. “Star” entertainers, whether in sports or performance, seem to as often make headlines for poor lifestyle choices as for their talents. It occurred to me recently that the only President that I can remember who was not tremendously aged by his time in office was Ronald Reagan — who, as was often pointed out, was quite aged to begin with. For that matter, his famous sense of humor included a knack for self-effacement: “I’ve already lived about twenty years longer than my life expectancy at the time I was born. That’s a source of annoyance to a great many people.”

Many operate under the mistaken belief that Judaism is about giving up happiness in this world, in order to get a better next world. This is a classic false dichotomy. Our Torah teaches how to find happiness in the world we live in — and one of its greatest teachings is the value of being small.