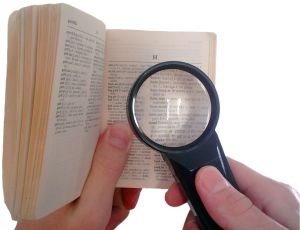 One of the major themes of the holiday of Purim is that events around us may not be as they seem, that this is a “topsy-turvy world” where things may be the opposite of what they appear to be. Reading the Megillah, one gets the impression that Mordechai needlessly made trouble, while the more politically-savvy Jews went to the king’s party in order to maintain peaceful relations. If Mordechai hadn’t stubbornly refused to bow down, Haman wouldn’t have become so angry, and the whole story might never have happened!

We know, of course, that the opposite was true. Attendance at the party (celebrating that the Temple had not been rebuilt, and that the Jews had been defeated) represented a dramatic spiritual failing. It was Mordechai who saw the path to redemption. But one must look deeper to see this.

When I was in college, I remember that the student mime troupe performed for Hillel before Purim. Despite the Jewish narrator and Jewish actress in the role of Esther (who had been through Hebrew school with me), they couldn’t imagine that Esther would never want to be queen, much less that she would find the very idea repulsive. Even though the Megillah tells us that Esther refused any attempt to beautify herself because she didn’t want to be chosen, their version of Esther prepared and auditioned to be queen. If one doesn’t understand the rich spirituality that is our inheritance, earthly riches seem more valuable — to them, it was only logical that she would prefer a life of luxury over a life with Mordechai.

All of us are liable to think we understand what is going on around us, that we have found explanations for why things are happening. Ultimately, however, Megillah tells us that we must look deeper, and seek the guidance of those capable of looking deeper still, if we wish to truly understand — and respond correctly.

Have a Happy and Meaningful Purim!