Trust in G-d, not Man 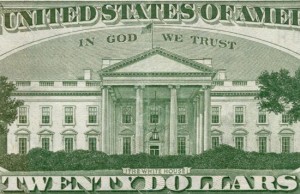 We read this week that two years after Pharoah’s wine steward and chief baker had their dreams, Pharoah had one of his own, and as a result, they rushed Joseph from jail.

Why did he forget? Rabbi Shlomo Yitzchaki quotes the Medrash, which explains that Joseph placed his trust in the wine steward, rather than G-d. For that reason, G-d made sure that the wine steward forgot him.

We celebrate the holiday of Chanukah because Judah “the Maccabee” and his brothers did the opposite. Yehudah may have been strong, but he wasn’t insane. His was a small group, vastly outnumbered by not only the well-trained Greek army, but even by the Hellenized Jews of the era. They went out to wage war, against impossible odds, expressing their trust that G-d would help them.

This, too, drives home the lesson that we discussed two weeks ago — that we are obligated to make our own efforts, but “know that if they succeed, it is only because G-d granted them success.” It doesn’t matter if the person we might trust is a friend or relative or even ourselves… in the end, success comes from a Higher Authority.