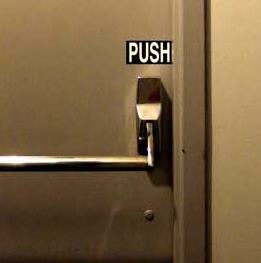 In this week’s portion, Yitzchak (Isaac) reopens the wells dug by his father Avraham, which the Pelishtim had filled with earth. To avoid argument with the shepherds of Gerar, Yitzchak digs multiple new wells, until he finally digs a well and there is no further argument.

Why is the Torah so concerned about these wells?

According to the Chafetz Chaim, Rabbi Yisrael Mayer Kagan, we learn about persistence from Yitzchak. He explains that when a person begins any job, whether in business or in spiritual matters, one must know to not let his or her hands “grow weak” and fail to complete that which he has started. One must persevere in order to succeed, and not lose hope even when there are obstacles. If Yitzchak dug a well and did not find water, then he dug another. If people started arguing with him about ownership of the water, then he dug yet another. Thus he eventually succeeded, and found a well where he could live without conflict.

Like Yitzchak, we must learn not to give up, but to persevere until G-d grants us success!