At Peace Without a Parachute 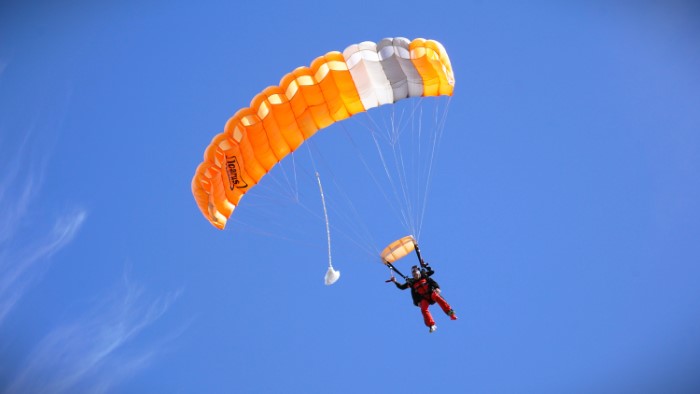 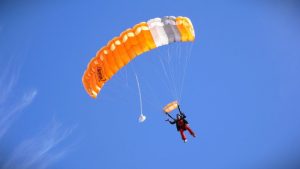 In Psalm 130, there is a statement that requires explanation. “If G-d should preserve wrongdoing, HaShem, who will stand? Because forgiveness is with You, in order that You be revered.” [130:3-4]

The first of these verses seems straightforward: since we all do wrong things, if all the bad things we did would be “preserved,” taken into account against us, no one would be left standing. This is logical, and clear.

The second verse, though, is paradoxical: why is fear of G-d tied to His forgiveness?

Occasionally, a person falls a long distance without a parachute, and survives. There are actual techniques to help the odds in such a situation, but few know them. And some, believing death inevitable, have described a feeling of being totally at peace.

Yes, peace! Because in that moment, believing that there is nothing they can do, they have no reason to hope. And because they have no hope, there is also no fear. It is the ones who have learned the techniques who are scared, because they know that if they do everything correctly, and only if they get everything just right, they might survive.

That is what King David is telling us in this verse, applied to spiritual matters, and specifically forgiveness. A person who has done the wrong thing must know that he or she always has hope, and with that hope comes fear and reverence, hoping to earn forgiveness.

Yom Kippur teaches us to never “settle” for where we are. If a person pronounces himself “good,” he is saying he does not need to improve. He’s doing ok, all is well.

The Torah, in our reading on the Shabbos prior to Rosh HaShanah, warns us about this attitude: “And when he hears the words of this curse, he blesses himself in his heart, saying, ‘peace will be upon me, under the rulership of my own heart I will go…’ Hashem will not be willing to pardon him…” [Deut. 29:18-19]

Why is G-d so cold towards such a person? Because that person is like the person falling without a parachute, imagining there is nothing to be done. Like one falling who does not turn to save himself, he does not turn to G-d and acknowledge his wrongdoing. And, unlike falling without a parachute, a person who turns away from wrongdoing, confesses to G-d, and begs forgiveness, is guaranteed to receive it! G-d is “cold,” waiting for that person to simply turn towards him, and resolve to abandon the things he was doing wrong.

That is the opportunity we are given on Yom Kippur: to look within ourselves, evaluate what we have done wrong, and ask for forgiveness while promising to do better. We must never settle for where we were last year; we have much to look forward to in the year ahead!

May all of our prayers be accepted, and may we be Sealed in the Book of Life for a year of blessing and success.