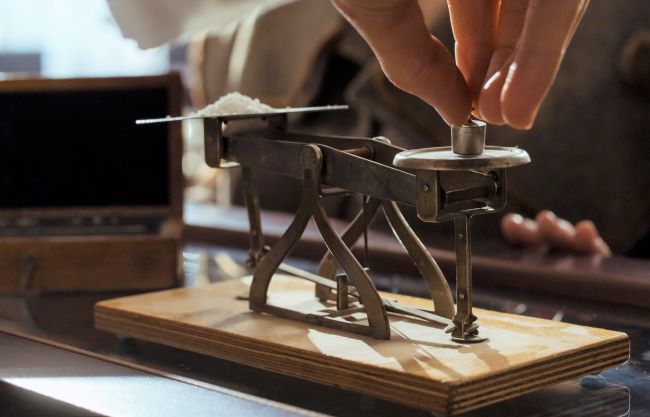 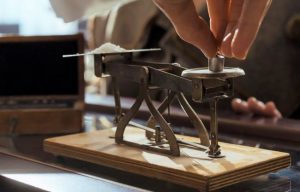 In this week’s reading we are introduced to a new Pharoah, “who did not know Joseph” [Ex. 1:8]. Pharoah had an imagined, entirely unfounded worry: “And it will be, if a war will occur, that he [all the Jews] will join our enemies” [1:10]. Ever wonder where the “dual loyalty” trope about Jews comes from? Now you know.

So what did he do? He enslaved the entire Jewish nation, trying to keep them so busy and oppressed that they would be unable to harm him and his country.

Rabbi Yaakov Galinsky zt”l looks at the cost-benefit relationship that Pharoah had to balance. On the one side of the scale is his very unlikely concern; the Jews had been nothing but loyal subjects, and the idea that they would join Pharaoh’s enemies was whimsical at best. On the other, the notion of enslaving an entire, blameless people, to embitter and ruin their lives, only in order to assuage that baseless fear.

It is obvious that Pharaoh thought only of himself, for otherwise it would have been impossible to proceed. But as it was, since the phantasmal worry was his own, and someone else had to absorb the brutality, his own fright took precedence. He didn’t even consider the other side of the scale.

And this was not a unique aspect of this story. Later, his astrologers told him that a boy would be born who will save Israel from Pharoah’s oppression. What was his response? To have every newborn boy thrown into the river!

Once again: on one side he had a vague warning from the astrologers, who saw a vision and were unsure what they were seeing — they didn’t even know if it was a Jewish or Egyptian boy — and on the other side, the murder of untold numbers of infants because maybe, possibly, one of those is the one the astrologers thought they saw. And without a moment’s deliberation, Pharoah demanded that all those babies be killed.

The Medrash even says that Pharoah had a skin ailment, and was told that the cure required bathing in babies’ blood. So he had more babies killed every day, for the sake of his skin.

To us, this sounds like a dystopian fantasy, that Pharoah’s inhumanity could never really happen. When we think about it, though, we know that such depravity is all too possible. Not only did the Roman Coliseums feature prisoners thrown to the lions and slaughtered by gladiators, but within the past century, millions of Jews were murdered due to similarly whimsical concerns to those of Pharoah, rooted only in fantasy.

To worry about only my needs, and ignore the impact on others, is the behavior of Pharaoh. It is the Torah that forces us to consider others. Every person has a soul, and that soul is breathed into that person by G-d Himself, it tells us. The Talmud asks rhetorically, “who says your blood is redder than his?” And on that basis, a person must allow himself to be killed rather than murder someone else. We are obligated to treat even animals properly, much less others endowed with holy souls.

As it happens, this Shabbos will begin a new cycle of daily study of the Mishnah, the first record of the Oral Law, which nourishes our souls with concern for those of others. The word for soul, Neshamah, has the same Hebrew letters as Mishnah. This is one source for the concept of learning Mishnah in memory of the departed, and in 1948 Rabbi Yonah Sztencl zt”l created the Mishnah Yomis (“daily Mishnah”) cycle in memory of those killed in the Holocaust. The cycle takes less than six years: learning two Mishnayos a day, those who started in March of 2016 will finish the current cycle on Friday.

There are many local and Internet-based classes where you can now “hop aboard” and begin the new cycle, to pass through all areas of the Oral Torah over the next six years. It is the ideal time to join, and a very achievable goal!