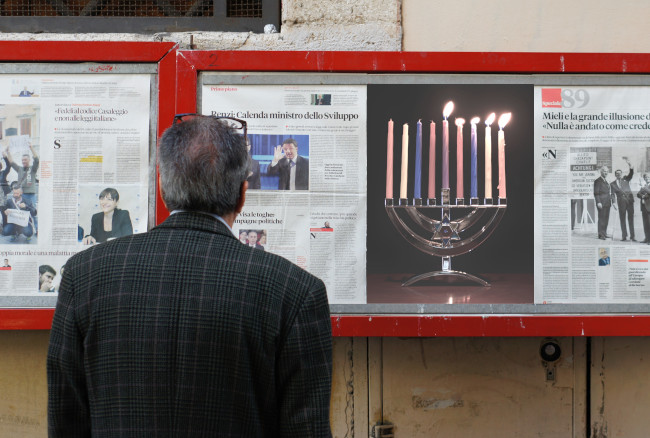 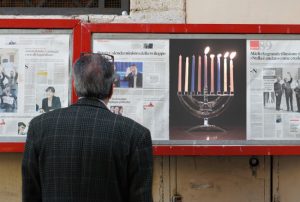 At the beginning of this week’s reading, Joseph seems to be in a hopeless situation. Not only has he been separated from his family, sold into servitude in Egypt, but he has been thrown into prison as well. But when it was time for his redemption, it was immediate and complete.

The story of Chanukah is similar. Not only was the Holy Land overrun by the Greeks, but many Jews were swayed to follow the dominant culture and their idolatrous ways. Yet the small band of the faithful were able to fight back, and purify the Temple. When the one pure flask of oil, enough for a single day, burned for eight, it was the open miracle within a victory filled with hidden ones, because G-d was with them.

Sadly there is a trend now to “universalize” Chanukah, and its unique message for the Jewish nation. Some people seem to believe that for a Jewish holiday to be relevant, it has to somehow apply to non-Jews as well. It seems illogical: the miracle of Jewish survival through thousands of years of exile is profound enough to stand on its own, and that, of course, results from G-d’s guiding and protecting hand that we saw on Chanukah.

On CNN you can read about the “deep meaning” of Chanukah this year, from someone who plans to light a candle for all sorts of groups he believes to be oppressed, powerless, or helpless: women, immigrants, Black Americans, the planet, and the list goes on.

He has no plans to light even one candle for Jews. No candle for Jews on college campuses, called bigots or “settler colonialists” for maintaining the traditional Jewish belief in returning to Zion. No candle for Jews who lost entire branches of their families in Europe, or who fled thousands of miles from their homes and property in the Middle East. No candle for those whose public menorahs were vandalized, in cities around the world. No candle for Jews attacked on the streets of New York, just because they are recognizable as Jews. How embarrassing!

If only he had looked at Jews and Judaism, he would see that Chanukah is anything but lacking for deep meaning. Think instead about the unique hatred that compelled the Greeks to set up their idols in the Temple of the Jews, assured that their values were better than ours, such that they prohibited Jewish religious practices that set us apart. Is that not relevant today? Then consider the miracle of repeated Jewish redemption and rebirth. It should be obvious to any thinking person that this is as current today as a fresh headline.

All you need to do is think, and within Jews and Judaism you will see that Chanukah is filled with lessons directly applicable to us as Jews—including that a small bit of light can push away an entire roomful of darkness. May the light of Torah guide us through and beyond this holiday, knowing that G-d’s guiding hand is always with us, throughout our lives.