The Power of a Bribe 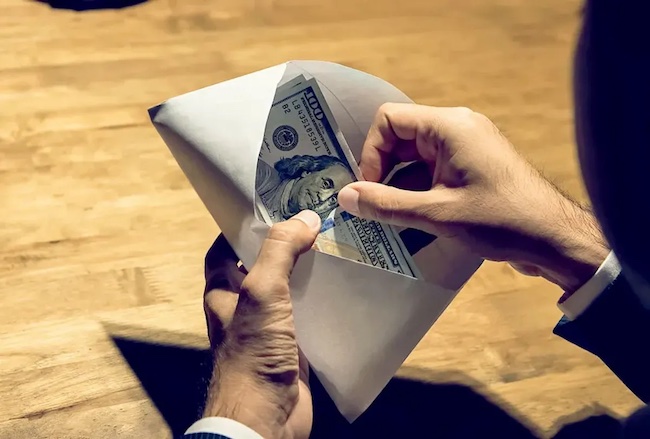 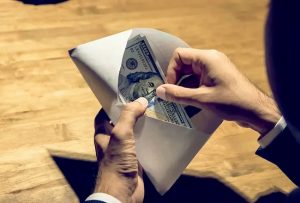 The traditional naming of the five books and the weekly readings in the Torah is done by simply using the first uncommon word of the book or reading. This week’s reading, though, is aptly named, for it begins with Shoftim, judges, and many of the 41 Commandments found in the reading pertain to witnesses and judges. One of these is the warning to not accept a bribe, “for a bribe blinds the eyes of the wise, and twists the words of the righteous” [16:19].

The Talmud provides many examples of Sages who refused to hear a case after a litigant did him the smallest of favors. Rav, one of the earliest scholars of the Gemara, refused to hear the case of a man who had hosted him (Sanhedrin 7b). In modern terms, something as trivial as bringing a judge coffee could make him refuse to adjudicate. And we have to wonder, would that really be significant? Could something that seems like basic respect truly twist judgment?

The Chofetz Chaim, Rabbi Israel Mayer Kagan zt”l, explains with a parable. He says: if Reuven describes Shimon as wealthy, one has to know Reuven’s financial situation in order to know what this truly means. After all, if Reuven is tens of thousands of dollars in debt, he might consider anyone driving his own car to be wealthy! But if you hear this from Elon Musk’s accountant, then you know that Shimon is at least a multi-billionaire, for otherwise no one dealing with the Musk family books (currently $182.1B, plus or minus a few spare million) would consider him substantial.

The Chofetz Chaim then points out that the same is true of chochmah, Torah wisdom. Not everyone is sufficiently gifted to know who is truly wise. But if one of the leading scholars of the generation told you that someone is wise, or all the more so Maimonides were to say this, you would know this person was truly blessed with wisdom. If Shlomo HaMelech, King Solomon, the wisest man of all, were to describe someone as wise, you would know that he must be incredibly wise indeed.

So now let us imagine if Hashem Himself were to testify about someone that he is wise (as he does about King Solomon). You would immediately know that this person contains limitless wisdom, far beyond anything we can understand.

And nonetheless, the Chofetz Chaim points out, the Torah says that it is this person who will be blinded by bribery! For who is it who says that the “wise man” will be blinded? Hashem, in His Torah! So it’s not referring to someone that you or I would describe as wise, or even a great scholar of our day, or even Maimonides, or even Shlomo HaMelech — but someone with such profound wisdom that Hashem Himself calls him wise.

That is the incredible power of even a small favor, such that it can twist the judgment of the wisest people you could ever meet.

There is a positive lesson in this, because in our daily lives we are not corrupting judges or twisting judgment by being generous with our time or resources — except in the way that others judge us. Do someone even a small favor, and he will perceive you differently. We can accomplish tremendous things in our relationship with others, simply by showing them small acts of kindness.