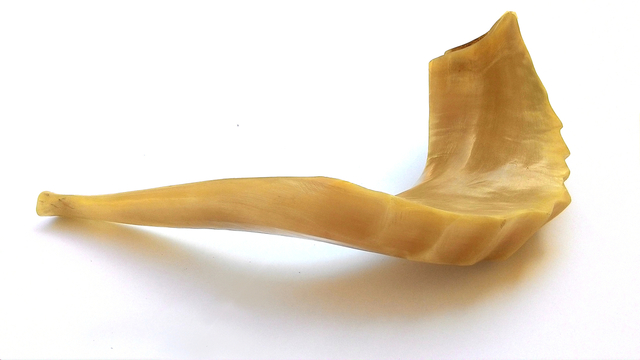 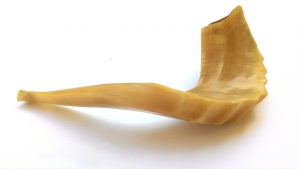 The verse says in Psalms [89:16], “Happy is the nation that knows the Teruah, the sound of the Shofar.” Rav Tzvi E. Hertzberg zt”l asks, “why is it such a great thing to know the sound of a Shofar — and how does blowing a Shofar make G-d less angry and upset over all the things that Israel has done wrong for an entire year?”

The Shofar sound that we call Teruah is similar to crying, short sounds repeated in quick succession. The other form that our Sages say might be the actual Teruah, which we call Shevarim, is similarly like slow sobs with a broken voice (the third possibility combines both of these two, Shevarim-Teruah). The crying sound of a Teruah may inspire us to regret — but again, it seems insufficient to be worthy of unique praise for Israel, or to help fix our relationship with G-d after our failures.

Rav Hertzberg explains that the word Teruah itself has another meaning. When King Balak of Mo’av tried to convince Bila’am to curse the Jews, the latter responded that he was unable to do so because G-d “sees no iniquity in Jacob… the Teruah of the King is within him” [Num. 23:21]. This Teruah, Rashi says, means closeness and friendship. When you feel true closeness towards someone, you overlook their flaws, or even regard them as something to address together rather than as transgressions that harm your relationship.

This, concluded Rav Hertzberg, is part of the secret of the Shofar — that we remember that when Israel has reason to cry, we all cry together. Hearing the Shofar, we set aside our individual concerns, our self-interest, and our arguments with others. Instead, we think about the entire Congregation of Israel, our cries during difficult times, and the need for brotherhood between us, such that we are all worthy of the King’s “friendship” as well.

We are going through a difficult period in which we are forced to divide. Until this year, we would hear a phrase like “social distancing” and imagine it meant setting up emotional barriers; instead, we recognize this concept as a physical separation, done for our own safety. So has this made division between us?

I think that many of us can say that, on the contrary, being forced to separate from others and communicate with pictures on a screen — or simply voices on a phone — has made us miss what we used to take for granted. “Absence makes the heart grow fonder.” In that way, this forced division brings with it the opportunity to unify. Many of the “social distancing” measures are as much out of consideration for others, a desire not to spread the virus should we have contracted it, as protecting ourselves from another infectious person.

So even when we gather in smaller congregations, indoors or outside, or even stay home entirely for our own safety, this year we recognize the need for greater unity, a brotherhood that transcends physical distance. May we take the lessons of the last year to heart, commit to growing and improving in the year ahead, and see a year of health, blessing and success in the months ahead.

May all be inscribed immediately in the Book of Life for a blessed year,