Let It Go Through You 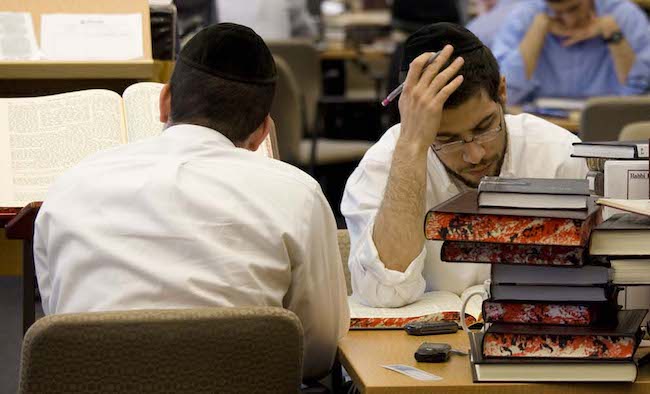 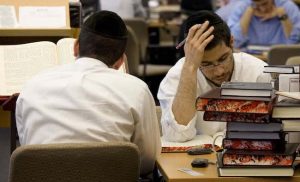 In this week’s reading, Moshe and the Jewish nation gathered at the foot of Mount Sinai to receive the Torah. Judaism teaches us that along with the Written Torah printed in every Bible, God also taught Moshe the Oral Law, giving much more detail about the Commandments, and providing methodologies to find references to them in the Torah’s verses.

The Oral Law was so named because it was intended to be transmitted orally, and indeed it was for over 1000 years. But at the end of the Second Temple period, people began to forget. We know of only four disagreements between the great scholars Hillel and Shammai — but literally hundreds between their disciples. And thus, after the Temple was destroyed and troubles were increasing, the Mishnah and then the Gemara were written, forming the Talmud.

To those unfamiliar with it, the Talmud seems arcane. Completed over a millennium ago, it contains arguments more appropriate to an agrarian society, with debates regarding damages caused by cows and discussions of dishes whose recipes are long forgotten. But this is a classic example of missing the forest for the trees.

Rabbi Yisrael Salanter was known as the father of the modern mussar movement, directing students to study and develop ethical conduct. And the story is told of a student who came to proudly tell R’ Yisrael, his teacher, that he had been through the entire Talmud. To this, R’ Yisrael replied, “that is very good, but has the Talmud been through you?”

What he meant by this is that it is not enough to study the Talmud as an intellectual exercise. Engaging with the Talmud is meant to transform a person.

Just six weeks ago, major events were held internationally to celebrate completion of a Talmud study program that now has tens of thousands of participants. Studying one folio (both sides of a printed page) each day, they completed the entire 38 volumes of the Babylonian Talmud in roughly seven and one-half years. Roughly 120,000 people gathered at the MetLife Stadium in New Jersey and the Barclays Center in Brooklyn, while over 6000 attended at the Wembley Arena in London, 3000 English-speakers came to Binyanei HaUma in Jerusalem, and of course there were Hebrew-language gatherings along with smaller ones in many languages in other countries.

In all the large venues, the staff and law enforcement were astounded. They had never encountered a crowd quite like this before.

Not one drunk was denied entry or escorted from the premises. No one tried to bring in contraband materials (though due to high security in New Jersey, I’m sure a few Gatorades over 20 ounces must have been confiscated). There were no fights or other law enforcement incidents. But there were an extraordinary number of people saying “Thank You” and “Happy New Year!”

In fact, there was a police officer who pulled over a distinguished Rabbi the following day. After looking at his license and registration, he asked the Rabbi, “have you finished your page yet?” He explained that he had been at MetLife Stadium, and one of his colleagues had said he wanted to convert to Judaism — because no one else comes to a major stadium to celebrate finishing a book. And he let the rabbi off with a warning after he committed to finishing his page that day.

Now, could anyone imagine that all these people were always so perfectly behaved? That none got into fights or arguments, perhaps even resorting to violence, but certainly doing things he or she would later regret? Of course not. They were human beings, not angels. [I can assure you of this, as a few of them were my kids.]

But for one day, they tried to behave the way the Talmud teaches a person to behave. And that is what made all the difference. The Talmud is, without exaggeration, the most civilizing document known to man. And this is what R’ Yisrael meant when he inquired, “has the Talmud been through you?”

The new cycle is underway, and I confess that I have fallen several pages behind already. [I’m catching up. Really.] But it is worth it for each person to think about joining, each at his own level and own pace. Even if you never get through the entire Talmud, it is quite certain that some of it will get through you. And you will be a better person as a result!