The Search for Unity 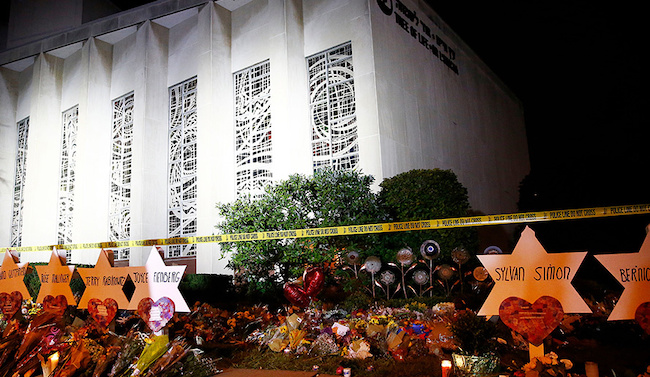 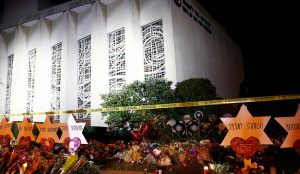 Readers know that I have written about anti-Semitism for a long time. Our hearts reel at its manifestation in a Pittsburgh synagogue last Shabbos morning.

The Medrash says that Sarah passed away when she believed that her son Yitzchak had indeed died at HaShem’s command. Not only was he her only son, but he was the representative of Jewish values into the next generation. Considering all that she and her husband had done to condemn human sacrifice, so common in the pagan world, she believed that all was lost.

It is the mission of the Jewish nation to carry forward these same holy values, and it is for this reason that we are hated. Blame for anti-Semitism lies only with anti-Semites, with those who encourage anti-Semitic tropes and lies. As Jews, our response to tragedy must begin, as always, with prayer and sincere Teshuvah (repentance) and introspection. We must focus again upon the Jewish mission, and upon the fact that we, all Jews, are in this together.

The words of the Chief Rabbi of Israel, which were horribly distorted and misreported, were correct. What he said, and what we must all endorse, is that we should reject any effort to discuss what “type” of Jews or synagogue was attacked. This is no time for disputes between Jews. They were Jews going to synagogue to pray as Jews, and it is for that reason that they were targeted. Anti-Semitic violence affects all of us precisely because Robert Bowers, like Haman and Hitler, took aim at each and every one of us. He didn’t care who you voted for, where you pray, or what you believe. Every single Jew was fired upon last Shabbos, solely due to being a Jew.

That Farrakhan referred to Jews as termites, while Bowers referred to a â€œkike infestation,â€ is no coincidence â€“ because their ideology is the same, at least when it comes to Jews. The image of Jews as parasites was common in Nazi literature, and long before.

As always, we must look at anti-Semitism through the lens of our long history. We have seen this before, and constantly:Â the Overland Park, Kansas JCC in 2014, the U.S. Holocaust Museum in 2009, the Crown Heights riot of 1991. 2006 in Seattle, 1999 in Los Angeles, 1991 in Crown Heights. It is why synagogues from France to Denmark are defended with armed troops less than 75 years after the Holocaustâ€¦ and, of course, it is the “why” of the Holocaust itself.

As it has been for thousands of years, it is about hatred for God, Torah and values â€” and the same genocidal mission shared by Haman, Hitler and Bowers: â€œAll Jews Must Die.â€

That is exactly why all decent people must fight it, and why all Jews must continue to proudly identify as Jews. Together.

Photo by JARED WICKERHAM/EPA-EFE/REX/Shutterstock (9948253an)