Wisdom in the Skies 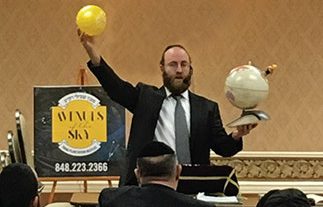 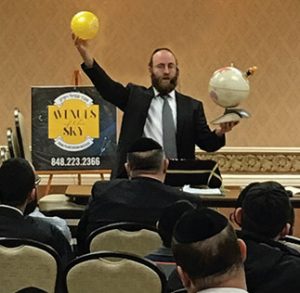 In the Talmud, the Sages tell us to study the skies, or more specifically the calculations of the calendar: “says Rabbi Shmuel bar Nachmeini in the name of Rebbe Yochanon: from where do we know that it is a Mitzvah to calculate the seasons and the months? For it says, ‘for it is your wisdom and understanding in the eyes of the nations’ [Dev. 4:6]. What is the wisdom and understanding which is [apparent] to the eyes of the nations? It is said that this is the calculation of the seasons and months.” [Shabbos 75a]

The Muslim calendar is exclusively lunar. As the lunar year is roughly 355 days, Islamic holidays fall 10 days earlier in the solar calendar each year — Ramadan was from mid-May to mid-June this year, but in just thirteen years, it will begin in the middle of December. To this day, lunar sightings in Saudi Arabia are used to determine when new months begin for much of the Islamic world.

Christianity, of course, uses an exclusively solar calendar — and even determining its length, though much easier than the lunar cycle (as we will see), is still not simple. The Julian calendar was first created during the Second Temple era, and adopted by the Church in 325 CE at the Council of Nicaea. By 1582, mathematical errors had caused their holidays to “drift” ten days out of place — Easter, for example, is supposed to fall near the spring equinox. At that time, the church recognized that the deliberate dissociation of their holidays from the Jewish calendar was done by individuals who chose to be “wrong with the moon rather than right with the Jews.”

As we know, we did not merely rely upon sightings, but had a very precise determination of the length of each month: 29.53059 days. This is stated as a day, an hour, and then a division of an hour into 1080 parts. To my knowledge, no one divides an hour into 1080 parts for any other reason than the calculation of the lunar cycle: 29 days, 12 hours, and 793 parts. How precise is this? Consider that 792/1080 is 11/15, or 44 minutes — so had the rabbis wanted to use a round number, one was easily available. Instead, they used a very precise number.

But how accurate is it? Even with all of our modern tools of measurement, the calculation of the lunar month is not at all trivial. The “synodic” month is based upon when the moon returns to the line between sun and earth — because the moon reflects light from the sun, and the new moon occurs when the earth faces the dark side of the moon. Because earth’s orbit itself is elliptical, the length of a month can apparently vary from 29.18 to about 29.93 days. The average used to calculate eclipses is … 29.530587981 days. Which is to say, 29.53059 to four more digits of precision, amounting to a net difference of 0.1744416 seconds.

The Sanhedrin knew precisely when the moon could appear, and what it would look like at that time, and thus they knew what to ask witnesses to ensure the new moon had indeed been sighted. This is also what enabled Hillel II to establish the calendar in use today, when, due to our dispersion, it became clear there would no longer be a Sanhedrin to announce each month — and why the calendar has needed no adjustments since then (the difference between the modern calculation and hours amounting to less than an hour since Hillel II established the calendar in 4119, 359-9 CE).

As a non-Jewish scholar recently wrote, this was “knowledge shared by the Jews with all who had interest.” Indeed, “for it is your wisdom and understanding in the eyes of the nations.”