By: Rabbi Yaakov Menken|Published on: May 18, 2018|Categories: Lifeline| 8 comments 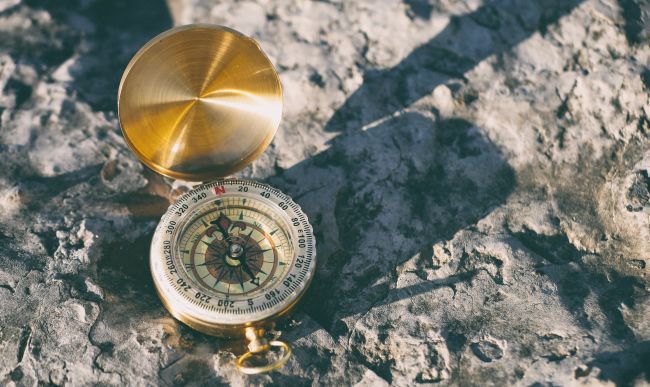 Recent stories illustrate the need for a moral compass, guidance to find correct behavior. Current events have given me new insight into how urgently we need the Torah to lead us in every area of our lives.

In an opinion piece appearing today, a writer in the Jewish Chronicle confessed that he was ashamed [his word] of what he had written just days earlier. What he wrote previously included these words:

Every bullet Israel fires, every life Israel takes, makes this situation worse. There are ways to disperse crowds which do not include live fire. But the IDF has made an active choice to fire live rounds and kill scores of people.

What changed his mind was an interview with a Hamas terrorist, who said proudly on television that 50 of the 62 who had been killed thus far were members of the terror organization — while Islamic Jihad took credit for three more. He suddenly realized that he had condemned Israel for preventing the wanton murder of Jews, and for not inventing from thin air methods of stopping murderers which simply do not exist. He had been duped.

The Medrash tells us that Sinai got its name because, in part, through it Sinah, hatred, came down to the world. Jews are not hated for being immoral, but for being moral. This comes from a letter I received today, forwarded from an IDF reservist:

The IDF is stationing senior commanders at every confrontation point to ensure that every shot is approved and backed up by a responsible figure with proper authority. Every staging area has an especially large number of troops in order to make sure that soldiers are not put into life-threatening situations where they will have no choice but to fire indiscriminately… 55 dead is an enormous number. But I can testify from my first-hand experience that every bullet and every hit is carefully reported, documented and investigated, in Excel spreadsheets. Literally. I was there and I saw it with my own eyes.

That is the reality — and that is the reality because the IDF is, after all, headed by Jews. The “collateral damage” accepted by armies around the world is unacceptable, and yet they are accused of indiscriminate fire — including by Jews without even a basic understanding of this reality. Bernie Sanders ludicrously slandered Israel as “shooting unarmed protesters.” Were Israel interested in shooting unarmed protesters, there would be thousands dead, not a carefully selected cadre of Hamas fighters.

Neither is this sort of distorted morality limited to Israel. The appointment of a new CIA Director brought with it renewed debate over the ethics of forceful, even violent interrogations. Some called them a “moral offense” that cannot be done under any circumstances. Khalid Sheikh Mohammed, the mastermind behind 9/11, said that he wanted to provide information to the Senate about US interrogation techniques.

No, I am not making this up. The architect of over 3000 murders, director of a horrific terrorist attack that shook the entire world, wanted to condemn the interrogation techniques used against him to prevent further atrocities.

Something is truly wrong with this picture.

Does this sound cruel, or at least coldhearted? Perhaps, but consider this horrific scenario: police have captured a kidnapper, but have not recovered the child he kidnapped. Is it moral to refrain from doing everything necessary to extract the information necessary to save that child’s life? Who would sleep well knowing that because they were kind and gentle with the kidnapper, the child perished? No one, I would hope.

What has this to do with Torah, with Shavuos? Everything. Because the Torah gives us everything.

The Torah warns us: “he who is merciful to the cruel, will in the end be cruel to the merciful.” The Torah tells us we cannot be nice to a murderer when in so doing we risk innocent lives. Dealing with violent, evil people is a terrible thing, especially because it often requires violence from the peaceful to ensure peace with the violent. If not for Torah, we too could make the wrong decisions in cases like these.

This is what the Torah gives us: a true guide to life, and a guide to what is correct in the world. It gives us our eternity as a unique nation, and our ability to transform the world for the better. Let us go forward to take our full portion in Torah, this Shavuos.