It’s OK That We Don’t Know 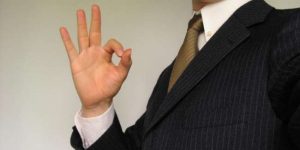 In this week’s reading, Rashi, Rabbi Shlomo Yitzchaki, says something truly profound. He says: “I don’t know.” He says this in other places, for example about certain species that were unknown to him. But I don’t remember him saying this in a case similar to this one.

The Torah describes Moshe sanctifying Aharon and his sons, and the Tabernacle and all the utensils and holy objects used within it. And then the Torah says, “and he sprinkled from [the Anointing Oil] on the Altar seven times.” [8:11] And Rashi comments, “I don’t know where [Moshe] was commanded concerning these sprinklings.”

Rashi was an incredibly prolific teacher. His commentaries span the entirety of Torah and Tanach (the Bible), and almost all of the Talmud. He explains concisely and clearly things which we would otherwise never understand. And he could have simply omitted comment here. He could have presented a theory. But no… he didn’t know, and he wanted us to know that he didn’t know.

They are both telling us that it’s perfectly acceptable to not have all the answers. Their objective was not their own honor, to be seen as experts in their field, but simply to arrive at the truth. Rashi tells us, don’t be disheartened if you can’t understand or find the source for this sprinkling, because I can’t either. And that’s okay, let’s keep learning.

In the Chapters of the Fathers [2:16] Rebbe Tarfon says, “It is not upon you to complete the work, but neither are you free to separate from it.” No one will ever understand all of Torah; we continue growing, we continue learning, all the while recognizing that we don’t know, and may never know, a great deal more than we do. That’s not a defect, it means that we have an endless opportunity for continued growth in our understanding! Rashi himself recognized and shared with us that he did not know, saw nothing wrong with that, and continued to grow in his learning. And we would do very well to follow his model!