You’re Not All That 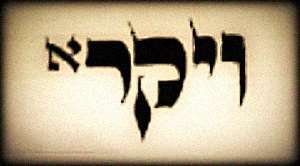 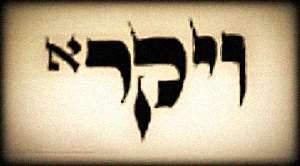 This week’s reading, Vayikra, beginning the Book of Leviticus, teaches several lessons which all follow a single theme.

The reading discusses sacrifices, including those for inadvertent sins. But not just for the “common folk,” for you and me, but rather for the High Priest, for the King, and even for the Sanhedrin, the High Rabbinic Court.

Rabbi Dovid Feinstein explains, indeed they are. We all influence each other, and we are all responsible for each other. If our leaders are not everything they should be, it is because we are not everything we should be, either. For the High Priest to negligently sin, he must be in an environment where people are not treating the Commandments with the seriousness that they deserve. When someone else sins, we cannot merely point the finger of blame at him. Rather, we must ask, what have we done wrong, that he was capable of sinning?

And then the Torah discusses a sin committed by the king. In that case, the Torah says “When the Prince shall sin, and do one of the Commandments of HaShem your G-d which shall not be done, in error…” [4:22]

Not if, but when! Yes, we are all human, but is it guaranteed to happen? Concerning the Sanhedrin and High Priest, the Torah says “if.” Why, regarding the king, does it say “when?”

Rashi, Rabbi Shlomo Yitzchaki, explains from the Medrash that Asher, when, is from the word Ashrei, to be happy. “Happy is the generation whose Prince is careful to bring atonement for his errors â€” all the more so, that he regrets his deliberate errors.”

We are all human, we all make mistakes. Happy is the generation whose leaders have the humility to recognize their errors, and act to correct them.

What is the common theme running between these two lessons? The need for humility. The need to look within ourselves, recognize our flaws, and work to correct them. We are not “all that.” We must care about the honor of others, rather than our own, because we know our own flaws.

And we find this same lesson at the very beginning of the reading, when Moshe is Commanded to write the word “Vayikra,” to indicate that G-d called to him.

Without the final letter, the word would read Vayikar, which implies an off-hand encounter. That was the language used when G-d spoke to Bila’am, the non-Jewish prophet who went to curse the Jews. Obviously, there is far greater honor in being summoned to a meeting with a great person, rather than coincidentally meeting him or her in a hallway. Moshe did not want to honor himself by saying that G-d had summoned him in such a prestigious way. So he wrote the final letter, an Aleph, smaller than the other letters around it.

Moshe exemplified humility, as expressed in that small letter. And the Medrash says that God took the extra ink which Moshe had left over, and with that ink created the rays of light that beamed from Moshe’s face. Precisely because he did not honor himself and acted with humility, Moshe was honored.

That is what this reading is telling us. We must see our own flaws and failings, and recognize that we are not “all that.” We must work to correct ourselves, and be humble even in positions of leadership, rather than taking credit for our successes. It is the person who does that, who acts in that way, whom G-d Himself will honor.