Preparation… for More than a Lifetime 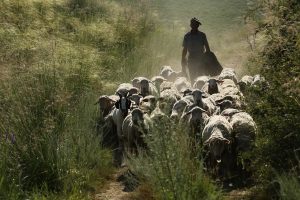 At first glance, one could attempt to compare the encounter between Yaakov and Rachel to a scene from a novel. The Torah previously described in detail how Avraham’s servant Eliezer journeyed to find a wife for Yitzchok, and brought her to him, sight unseen, to be his bride.

What a difference a generation makes! Yaakov journeys on his own, and when he arrives, he is told by the shepherds that Rachel, daughter of his uncle Lavan, is approaching. And here is the story as a novelist would tell it:

Our hero sees his beloved, experiences love at first sight, runs and kisses her, crying with joy… And then, in a feat of superhuman strength, moves the rock blocking the well in order to water her flock. After meeting her father, our hero agrees to work seven long years for the honor of marrying his bride. And indeed he does so, his aching heart yearning all the while. And after seven years, he requests her hand in marriage, and they live happily ever after.

But that’s not what happens.

Yaakov sees Rachel… and the flock. He then moves the stone and waters her flock, completely ignoring her until her father’s entire flock of thirsty sheep have had their fill. Then and only then does he kiss her, and only after kissing her does he cry. He then volunteers to work for seven years to be able to marry Rachel only after the seven years of work are over, and the verse describes those years as “like a few days, in his love for her.” After those years, he says to Lavan, very unromantically, “bring me my wife, because my days are complete, and I will be with her.”

So despite the superficial similarities, what actually transpires is profoundly different, so different from our expectations that further explanation is needed.

The Ohr HaChaim notes that the verses repeatedly emphasize that Lavan is Yaakov’s “mother’s brother.” Yaakov first waters the flock, because by doing so he is, by extension, honoring his mother. He comes to Rachel, kisses her as family, and then cries. Rashi explains that when he kissed Rachel, Yaakov saw prophetically that he would indeed marry her, but she would not be buried with him. He also cried because unlike Eliezer who came with rings and jewelry in search of a bride, Yaakov came with empty hands.

The seven years passed like “a few days” because Yaakov was both showing his honor and esteem for Rachel, and preparing himself to be her husband. He says to her father, bring me my wife, because I have completed my days of preparation, and now I am ready to be with her and to be her husband.

What we see is not a romance, but a lesson from our forebears in how to approach marriage as a spiritual act, as part of serving G-d. Yaakov honored his mother, together they honored her father, and they prepared themselves spiritually for seven years to be father and mother of the Jewish people. When we create a Jewish home and raise our children to follow the Jewish path, we too, are building for a future that extends long beyond our lives.