An Active Response to Tragedy 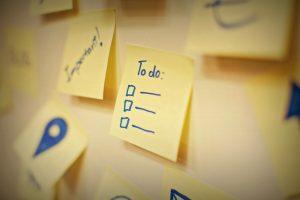 The Ninth of Av, which this year begins on Monday evening, is a national day of mourning for the Jewish people. 3329 years ago, we mourned needlessly on this day, responding to the report of the spies that we would be unable to overcome the Canaanites and move into our Promised Land. And G-d Told us at that time that because we mourned on the Ninth of Av for no reason, this would be a day of mourning for generations.

And so it came to be. Both Holy Temples were destroyed on the Ninth of Av, 656 years apart. The expulsion of all Jews from England happened on the Ninth of Av in 1290 CE, and from Spain in 1492 CE. Again and again, those who hated the Jews unwittingly proved the power of prophecy.

Why was the First Temple destroyed? An historian would tell you that it was because the Babylonian army invaded and took over the land. But the rabbis gave us a very different answer: because the Jews of that day were violating the key Jewish prohibitions against murder, idolatry and adultery. The Rabbis knew full well that the Romans destroyed the Second Temple, but taught nonetheless that this only occurred because of needless hatred between Jews. In all cases, our Sages taught us these messages in order that we not merely mourn past events, but be inspired to do better.

Some instinctively recoil when this concept is applied to more recent tragedies. People imagine that this means claiming that the victims of tragedy brought it upon themselves, that it was somehow their fault.

That is categorically untrue. Israel is considered not merely one nation, but one body, and thus a punishment upon the nation is a national tragedy, rather than a judgment about the individuals most directly affected. On the contrary, King David says in Tehillim (Psalms 116:15), “Precious in the eyes of G-d is the death of his pious ones.” The greatest and holiest among us may be taken from us because of the sins of the collective nation.

When the Satmar Rebbe was in declining health, one of his devoted students asked him, to whom will we go for a blessing when you have passed away? And the Rebbe replied, when you go to synagogue in the morning, watch the men putting on their Tefillin (phylacteries). Find one who has a number tattooed on his arm, and you can ask him for a blessing.

The Ninth of Av is not merely a day of mourning, but a call for self-improvement. Yes, we look at the past, but to learn from tragedy. Are we showing love for others? Are we caught up in today’s ideologies, rather than the teachings of Judaism? We must use the Ninth of Av as a time of introspection, to look at ourselves and address that which we could do better.

And may we soon see the fulfillment of the prophecy (Isaiah 60:20) that “your days of mourning will end.”