By: Rabbi Yaakov Menken|Published on: May 19, 2017|Categories: Lifeline| 1 comment 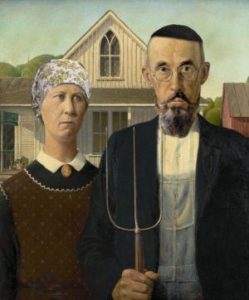 Either the Author of the Torah knew what He was doing, or He wanted to starve the Jews.

The Torah Commands the Jews to observe a “Sabbatical of the Earth,” a full year in which farming is prohibited. No planting means no reaping, no crops to sell.

Now, you might think that this was simply a matter of understanding crop rotation, knowing that leaving the fields to lie fallow for a year is beneficial to them. Prior to modern fertilization, it was practically mandatory to do so.

But those who rotated their crops did so in stages, in order that there be food to put on the table each year. They also knew that the fields were at their best immediately after lying fallow, and then deteriorated each year until the next time they were left out.

What does the Torah tell people to do to prepare for the Sabbatical Year? Nothing!

Still worse, it makes a promise: in the sixth year, you’re going to see abundance. You’ll have such a blessing that you’ll have food for three years, not just two. Don’t worry, everything will be fine.

For how long do you imagine this went on before the Jews recognized that something was wrong?

“Umm… lousy. I’m not seeing a triple crop, I’ve got half what I got five years ago! Yours?”

“Same. Do you think we’re doing it wrong?”

This is exactly when you would expect the Torah to use precisely this escape clause: it’s your fault. This is why you’re not seeing a blessing, you’ve been doing something wrong.

That’s also what the Torah doesn’t say. Instead, it says that if the Jews fail to do as they should, then they will be exiled off the land, and then the land will enjoy its rest.

Was the Torah a Suicide Pact? The Jews themselves provide the answer. On the contrary, we are the eternal nation: our civilization is still here, while others have come and gone. It seems we did not starve, after all!