More than a Bonfire

By: Rabbi Yaakov Menken|Published on: May 11, 2017|Categories: Lifeline| 0 comments 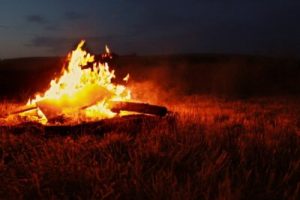 In Judaism, our holidays are never mere celebrations or commemorations â€” they are opportunities for spiritual growth. In the case of Lag B’Omer, there are two key lessons for all of us, found in the two stories behind this rabbinic holiday.

The Talmud tells us that during the time of the great teacher Rebbe Akiva, a plague raged through his yeshiva, his rabbinical school, during the Omer. He lost 24,000 students during this time; even the great schools in Babylonia, and those of today, are not as large. Rebbe Akiva went on to teach five more students, and it is they who transmitted much of Jewish tradition on to future generations â€” so one can only imagine what was lost because those 24,000 other students passed away. This is why many observe customs of mourning during the Omer period, except on the 33rd day when the plague ceased.

Why were all of the 24,000 scholars lost to us? Our Sages say that considering their spiritual level, they showed insufficient respect and love for each other. So throughout the Omer period, it is not sufficient to mourn by not shaving or listening to music; we must think about our obligation to show love and respect for every other person. And on Lag B’Omer in particular, we should celebrate â€” and ponder â€” the incredible light that one person can share.