The Laban Brand of Hate 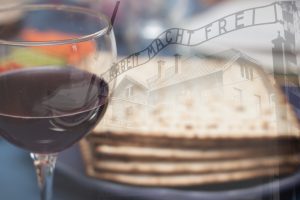 What is the connection of “Arami Oved Avi” â€” “An Aramean destroyed my father” â€” to the Haggadah?

The Haggadah says that “Pharaoh decreed only against the males, but Laban tried to uproot everything.” Again, why connect the two? The goal of the Haggadah is to tell us about the Exodus from Egypt, so why go back in history to find another example of someone who didnâ€™t like Jews?

Rabbi Naphtali Tzvi Yehuda Berlin, zt”l, known by his nameâ€™s acronym the Netziv, explains that Laban was the paradigm of anti-Semitism. He began with the false notion that our forefather Yaakov was stealing from him â€” something obviously false, both because Laban owed his wealth to Yaakov (as Laban himself recognized), and because Yaakov was impeccably honest.

Yet Laban, the dishonest swindler who kept changing Yaakovâ€™s wages, projected his own evil upon Yaakov. Rather than Laban stealing from Yaakov, in his mind it was Yaakov stealing from Laban. And how could Yaakov, such an honest and G-d-fearing person, steal? Laban blamed Judaism. Yaakov was a Jew, father of the “Chosen People,” dedicated to a special kind of Divine Service. In Labanâ€™s mind, this meant that Yaakov was a supremacist â€” that Judaism itself permitted Yaakov to steal from anyone who wasnâ€™t Jewish. And Laban thus concluded that he needed to eliminate this evil: to destroy Yaakov and all those who shared his beliefs.

And this is the classic model of anti-Semitism. Pharaoh similarly concluded that Yaakovâ€™s descendents were gaining too much power, and would use that power to steal Egypt from the Egyptians. By murdering the boys and marrying the girls, he as well hoped to eliminate Judaism.

Thus the story of Laban is especially relevant, appearing as it does after the paragraph “Vâ€™hee Sheâ€™Amdah” â€” “It is this that has stood by our fathers and us. For not only one has risen against us to annihilate us, but in every generation the rise against us to annihilate us. But the Holy One, Blessed be He, rescues us from their hand.” Laban is the paradigm. He gives us the model through which to understand all those who follow this well-worn path of hatred.

The Haggadah also tells us the inevitable result of this anti-Semitism: in the end, the Jews are liberated from oppression and connected more closely to their G-d. The Egyptians were destroyed, while the Jews were brought out to receive the Torah. The Torah stands with us throughout history, enabling us to withstand oppression when it happens, and to prevent our destruction. From Laban until this day, Torah is our best protection!