Celebrating the Miracle of Jewish Survival 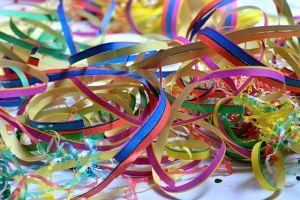 What is the miracle of Purim?

The great majority of Jewish holidays were mandated at Sinai: Rosh Hashanah, Yom Kippur, Sukkot, Shemini Atzeret, Pesach and Shavuot. Most of the Rabbinic enactments are fast days, times of mourning. So the one other (happy) holiday decreed by the Rabbis is Chanukah, which celebrates a great miracle, a clear sign from G-d, blessing the Jewish response to Greek oppression. Why did the Rabbis, then, make Purim into a holiday?

There is, in actuality, a deep connection between Chanukah and Purim, in that both celebrate a reprieve from annihilation. Haman asked to murder all Jews; the Greeks wanted to stamp out Judaism.

And this helps us to recognize the miracle that we celebrate on Purim: the permanent nature of Jewish survival. Not everything is obvious. It doesn’t have to be an open miracle for us to analyze our circumstances and realize that something truly supernatural has transpired.

The very name given to Hadassah, “Esther,” comes from the Hebrew word for “hidden.” It recalls the verses in Deuteronomy [31:17-18], “I will hide My face from them … And I will surely hide [haster astir] My face on that day, for the evil that [Israel] did, for he turned to other gods.” Throughout the Megillah, G-d’s name is never mentioned; our Sages teach that every time the Megillah refers to “the King” without specifying Ahasuerus, we are to read it as referring to both King Ahasuerus and the King of Kings. Purim celebrates a hidden miracle.

In the global context, Jewish survival is perhaps the greatest miracle of all Jewish history. It defies clear historical patterns. Whenever people move to different countries, they gradually integrate, following the beliefs and ideals of the local population. Yet the Jews were different, stubbornly so. On the contrary, it is those who have oppressed the Jews â€“ the Egyptians, Greeks, Romans, Crusaders, Spanish, and the Nazis (to specify but a few of countless examples) whose ideologies rightly reside in the proverbial dustbin of history.

In the wake of Haman’s decree, the Jews of that era recognized that by participating in the party of Ahasuerus, in which he rejoiced in the desecration of the Jewish Holy Temple and the ongoing exile of the Jews, they were leading to their own destruction. And they changed course. They returned to the unique path that has preserved the Jews through history.

Amazingly, it is the idolatry of Haman and Ahasuerus that has declined. Today the majority of humanity at least purports belief in the Jewish G-d — and throughout the Western world, the principles of ethical monotheism found in our Torah are considered fundamental to development of a first-world civilization.

Anti-Semitism remains what it always was: the revolt of immorality and barbarism against the ongoing, inexorable turn towards the values found in our Torah. The Jews were prophesied to be “a light unto the nations,” helping to spread the moral principles taught by G-d… and that light will always burn.

That is, indeed, a great cause for celebration!