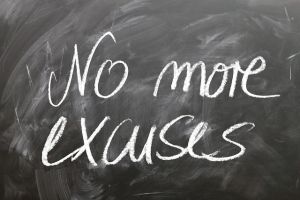 Special Opportunity: we have an extension on the Early Bird offer in this year’s raffle! You must get your entry in by January 10, at which point a lucky winner will receive two tickets to Israel (or $2500 Cash), and still be in the running for the $100,000 grand prize! This is our biggest fundraiser of the year, and we truly need your participation. Would you please take a moment to join the raffle?

In this week’s reading, Joseph finally reveals himself to his brothers. “And his brothers were unable to answer him, for they were disoriented in front of him” [Genesis 45:3]. Recognizing that not only had Joseph survived and even flourished in Egypt, but was even the Viceroy seated before them, was simply too much for them.

The Medrash says something more. Their disorientation was because all the various excuses that they had made and told themselves about why they had treated Yosef as they had â€” they all fell away. They knew they had no answer. They had nothing to say.

All of us have situations in our lives where we know we are not doing the best thing we could be doing. We often give ourselves reasons why we aren’t meeting our own standards. But we should also know that those reasons are merely excuses. They will melt away under the harsh light of truth.

Rabbi Yaakov Galinsky tells a story from the Tana D’vei Eliyahu, in which the prophet Elijah meets a person in his travels, and can tell that this person has not studied the Torah and Jewish ethics. He says to him, “my son, what are you going to tell your Father in Heaven at the end of your life?”

The man responds, “Rebbe, I have an answer to give Him, for understanding and knowledge were not given to me from Heaven in order that I should be able to read and study.”

“My son, who taught you and told you that you should bring flax and weave it into nets, and toss the nets into the water, and bring up fish from the sea?”

“Rebbe,” he answered, “in this, understanding and knowledge was given to me from Heaven.”

And then Elijah said to him, “To bring flax and to weave it into a net, and toss it into the water and bring up fish, in all of that you were given understanding from Heaven, but in words of Torah, about which it is written: ‘for this thing is extremely close to you, in your mouth and in your heart to do it’ [Deut. 30:14], you were not given understanding from Heaven?”

Immediately, the fisherman began crying, for he knew that he had no answer.

We should learn from what happened to Joseph’s brothers when he identified himself. If we know that we could be doing better in a particular area, let’s dispense with the excuses. We should take the opportunity to do better, instead!