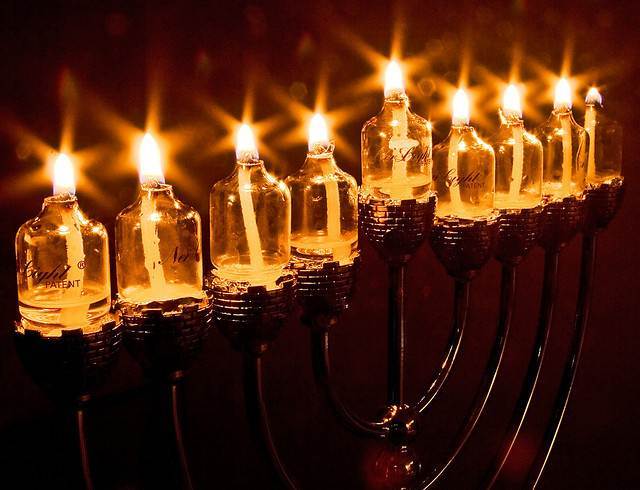 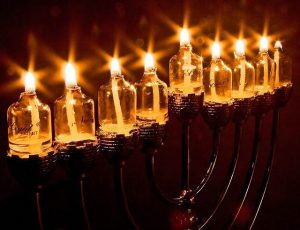 The holiday of Chanukah is often misunderstood. People imagine that it was a fight of military prowess and for political liberty. Yet neither of these is true. Chanukah, rather, tells us that we can accomplish miracles when we truly dedicate ourselves to G-d.

The Greeks of that time glorified the external. They celebrated physical prowess and great works of art, all in the service of their idols. Olympia was the site of the games, because it had a “sanctuary site” for their gods, and sculptors and poets would gather there during the Olympiads as well.

When they invaded Judea, they did not expel the Jews or enslave them. Rather, they attempted to eliminate Judaism, to make the Jews no different than other, idolatrous nations. They targeted three Jewish practices in particular, because each of these differentiated the Jews from other nations: Circumcision, Sabbath Observance, and Sanctification of the New Moon. The first two of these differentiate Jews physically and in their practices. The third is tied to the Jewish belief that we ourselves can impact the spiritual realms, by determining the times of our holidays.

Many Jews went along with the Greeks and even participated in idolatrous practices, but the Maccabees refused. And as we say in our prayers, G-d “gave the strong into the hands of the weak, the many to the few, the impure to the pure, the wicked to the righteous, those who provoke to those who involve themselves with Your Torah.”

Each of these phrases is important in our understanding of the true nature of Chanukah. The Jews of that time did not win political independence — they did not become the dominant force in a turbulent region, and continued as a vassal state. But they secured religious liberty and freedom to practice as Jews.

Physically, it denies logic to imagine that a small band of Jewish priests should be able to overcome the mighty, well-trained and well-armed Greek army. Spiritually, it also makes no sense. The entire world of that day was pagan, devoted to idolatrous gods. Rather than persisting with their unique ideas and study of Torah, the few, persecuted Jews should have succumbed to the popular ideas of the day.

And yet, of course, what happened is the very opposite. The Greeks and their gods are gone, while the Jewish ideals of ethical monotheism and morality have spread. On Chanukah, we celebrate the ability of small points of light to push back a world of darkness.