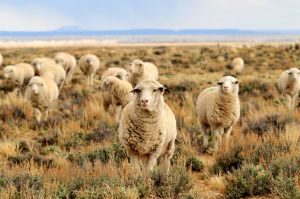 Last week we learned that Avraham and Lot had separated. Lot moved to the fertile land surrounding the city of S’dom, yet he retained some of the traits of his holy and generous uncle. So when two disguised angels came to the gates of the city, he rose to greet them and to bring them into his house as his guests.

To the evil residents of S’dom, this was nothing less than a crime. The Torah tells us that the men of the city gathered around Lot’s house, intending to assault and brutalize his visitors. They came “young and old, all the people from every quarter” [19:4] — and Rashi explains that this meant that no one, not a single person, objected. That was the nature of the city.

The angels warned Lot to escape for his life, and he obeyed — but they told him not to look back, and when his wife did so she became “a pillar of salt” [19:26]. What does this mean? Because she was curious and looked over her shoulder, she was killed, turned into a salt lick?

The Medrash, quoted by Rashi, explains that we must look deeper. She became a pillar of salt because she had sinned with salt. What was her crime? Lot asked her to give a little salt to their guests, and she responded, “even this evil custom, you want to make the custom of this place?”

She was so influenced by the Sodomite culture that she, too, looked upon welcoming guests as evil. She had internalized S’dom’s inversion of morality.

Thus when they were escaping, and Lot was rushing as fast as he could to escape, she was not merely curious. She was not simply rubbernecking over her shoulder to see what had happened. Rather, she did not want to leave. She longed to return to S’dom’s culture.

This is the power of groupthink. When Hitler came to power in Germany, he encouraged ruthless, cruel barbarity as “strength” — and dismissed conscience as “a Jewish blemish.” And millions of people followed him as he turned morality to weakness and evil into good.

In the very same verse that the Torah tells us to follow majority rule, it also says to not follow the majority to do evil [Exodus 23:2]. The Medrash tells us that this verse is speaking to judges, telling them that the majority decides a case, but for a capital crime a majority of one is insufficient to pronounce guilt.

Yet in the simple words of the verse, we can find a lesson for ourselves as well. If someone tells you that you should follow the herd, as even the Bible says… then you are given your response: we must not follow the majority to do evil. Only when holy people discuss the correct path do we follow the majority of those holy people. Otherwise, we are enjoined to stand against the majority in defense of the good.