The Judge in His Locker 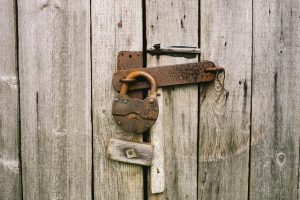 In this week’s reading, we find two passages that do not seem to belong together. The Torah begins this week with a commandment to set up a justice system, with both courts and judges to make rulings, and police to enforce them. It speaks of the importance of true and fair judgment that shows favoritism to no one. “Justice, justice shall you pursue” [Deut. 16:20]. The Torah even follows this up by saying, “in order that you live and inherit the land which Hashem your G-d is giving you.”

Then the Torah goes off in what appears to be an entirely different direction: “you shall not plant an asheira tree” — which comprises prohibitions on planting a tree for idolatrous worship, as well as planting a tree in the Holy Temple. What is the connection between setting up a justice system, and prohibiting idolatry?

The Talmudic Sage Rabbi Shimon ben Lakeish explains the juxtaposition [Sanhedrin 7b]: appointing a judge who is unfit for the position is like planting an idolatrous tree! To which Rav Ashi adds: if the unfit judge is appointed in place of a true scholar, then it is like planting such a tree in the Temple itself, next to the Altar.

Judaism does not permit a distinction between obligations to G-d and our obligations to each other — after all, they both come from the same Source. The Torah is telling us that corrupt judges strike at the very foundation of Judaism, just like idolatry.

There was a teacher who came to a Jewish school for boys after years in the public school system, who quickly learned what it means when children treat their interpersonal relationships like key religious obligations.

A student had performed well in her class, and she awarded him a prize: his very own can of soda. She gave it to him as they were leaving class, and she saw him go over to his locker to put it away to drink later. Seeing that his locker did not have a lock on it, she asked him if he would like her to keep the soda for the time being, so that no one else would take the soda from his locker.

This young boy, in either fourth or fifth grade, looked at her like she had suggested something crazy. “No one would take my soda,” he said. “That would be stealing!”

Those of us who attended those schools, and who send our children to those schools, may not recognize this as anything extraordinary. But to her, after decades of experience with children trying to educate themselves in “what they can get away with without getting caught,” this was a profound moment.

Throughout our lives, that sense of obligation must constantly be with us. Any type of injustice is certainly no less significant than anything we regard as a core Jewish ritual. This, too (and perhaps even more so), is part of what it means to follow the Torah.