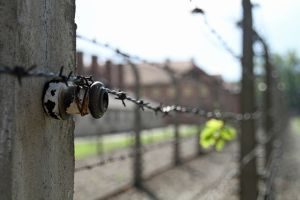 Perhaps we need to give it a modern name: “Anti-Semitism Remembrance Day.” Because, of course, hatred for Jews, as Jews, is the source of all the tragedies found in our history.

Rabbi Naftali Z.Y. Berlin (called the Netzi”v from the acronym of his name) was the Dean of the famed Yeshiva of Volozhin in the late 19th century, when “anti-Semitism” was a new German euphemism for an old hatred. He explains, using the story of Yaakov and his father-in-law, Lavan, that anti-Semitism is rooted in two basic ideas: jealousy of (perceived) wealth, with a suspicion of fraud and theft, together with antipathy towards Judaism itself. As we know, Lavan suspected Yaakov of stealing his idols. Although Yaakov was opposed to idolatry, Lavan believed that Yaakov stole them only in order to disgrace them, to tear down everything Lavan held holy. And why would Yaakov do such a thing, if not for his Judaism? [Our Sages teach that all our forefathers, being prophets, observed Judaism and Jewish ethics.] This is what angered Lavan.

When we look through Jewish history, these two themes play out repeatedly. The Jews are repeatedly (and falsely) accused of stealing land and property, which is why financial boycotts against Jews are among the most basic of anti-Semitic activities. And whether it is the accusation that “you killed our god” to Jews as killers of prophets, children, or people in general, the idea that Judaism encourages atrocities towards others is the other lie at the root of all the hatred.

In the end, we know that we are hated for the best of our values — today’s entire “Judeo-Christian” value system stems from our teachings. And that is what gives us courage. G-d told us that we would propagate His values in the world, that we would be hated for it, that we shall always survive, and that in the end we will dwell securely in our land and bring peace to earth. So as we move forward to mourn all the destruction in our history, we must remember the light at the end of the tunnel — brighter than any mankind has yet seen.