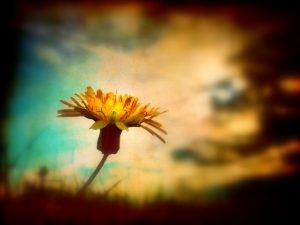 The Torah describes Moshe in a startling way. It says that he was “more humble than any man” [Numbers 12:3].

First of all, we know that Moshe had a unique relationship with G-d. That should make a person proud of his accomplishments, proud to be selected for such a prominent role. But he regarded everything that he had as a gift from G-d, not something for which he could claim credit. And we can understand that.

But there is another issue, as well. When we think about humility, we think of reticence — the opposite of leadership. This is the same Moshe who stood up to Korach, and who rebuked Israel every time they erred. How could you describe him as humble? He held back nothing!

The answer is that there is nothing that Moshe did for his own honor and respect. He was not standing up to Korach for himself, but for G-d. He did not rebuke Israel for offending him, but for not following the Torah!

The context of this comment about Moshe’s humility is when his siblings spoke with each other, feeling that Moshe was doing something wrong. Our Sages say that he separated, and remained separated from his wife, because he knew that G-d might speak with him at any moment — as G-d proceeds to explain to Miriam and Aharon.

What is the relevance of Moshe’s humility? He didn’t even know what his siblings had said to each other.

The Torah is saying that even had Moshe heard of it, he would not have justified himself. He was in a unique circumstance, both in his time and throughout history. He would not have spoken up simply to protect his honor.

So HaShem did it for him.

Our Sages say that a person who is shamed and does not respond, who says nothing, is honored and rewarded tremendously. In so doing he or she is following in the path of Moshe, who cared not at all for his own honor, and only for honoring G-d.