It’s Not About Our Enemies 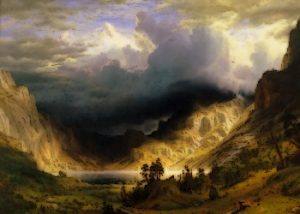 This week we read a very uncomfortable section of the Torah. G-d warns us that bad things will happen if we don’t keep His rules in His land. Keep the rules, He says, and things will be wonderful. But if you don’t, punishment will come to the Jewish Nation.

Rav Naftali Tzvi Yehudah Berlin, known as the Netzi”v (the Hebrew acronym of his name), was the Dean of the famed Volozhin Yeshiva in Europe in the 19th Century CE. He says that we can tell where the punishment is coming from because it’s a punishment. It’s not an ordinary conquest of one nation over another.

When one army overcomes another, they don’t punish the population on the losing side. Even losing soldiers are released once they are known not to pose a further threat.

But if a group of people rebel against the King, that’s an entirely different story. After he puts down the rebellion, he will harshly punish those responsible — because he expected their loyalty.

So Kings would not exile populations or destroy their temples to their idols. What befell Israel, in accordance with the warnings of this Torah Portion (and similarly near the end of Deuteronomy), was extraordinary and even nonsensical in terms of warfare and geopolitical domination.

But it makes sense in the context of a punishment.

Since, the Netzi”v writes, G-d made a covenant with the Jewish people at Mount Sinai, in which they would be His unique nation and guard His rules, it is the breach of those rules which explains why the people of Israel were punished.

The word “l’chalosam” is precise. It doesn’t mean simply to destroy, but to eliminate. Even in the punishment, we see G-d’s Promise to the Jewish People. Other nations can be eliminated, either physically or through a change to their ideology and beliefs such that they are no longer who they were. But the Jews have a promise from G-d — that no matter how bad things may be, we remain the Eternal Nation.

It is those who oppress us who disappear. The last group thatÂ tried to kill us is now society’s worst epithet, and we are here.

That promise stays with us always!