By: Rabbi Yaakov Menken|Published on: May 19, 2016|Categories: Lifeline| 0 comments 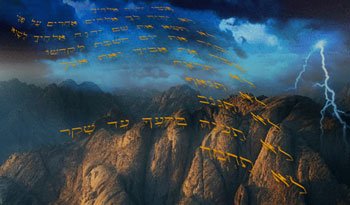 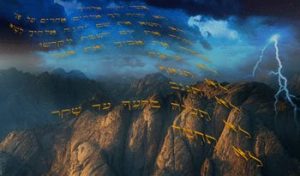 In this week’s reading, we read about the upcoming holiday of Shavuos, the time of the giving of the Torah to the Jewish Nation. But if you look in the Torah text, you won’t find that this was when G-d spoke to us at Mt. Sinai. Nowhere does it mention that this is anything other than a holiday of “Shavuos,” weeks (and a time for offering of first fruits). The name Shavuos is appropriate because we are told to count seven complete weeks following the first day of Passover, 49 days, and to celebrate this holiday on the fiftieth day. But why does the Torah not mention what the holiday is about? All it says is that after counting seven weeks following the offering of the Omer, on the second day of Pesach, there should be a holiday.

One answer is found in the fact that Shavuos does not have a set date on the calendar. Hebrew months can be either 29 or 30 days in length, depending upon testimony after seeing the New Moon. Since Shavuos occurs precisely 50 days after the beginning of Passover, during which the two months of Iyar and Sivan begin, the holiday could fall anywhere between the 5th and 7th of Sivan (until the calendar was set by the second Hillel).

This is because Shavuos is not about a particular date, but recalls the culmination of a process that was set in motion with the Exodus from Egypt celebrated on Pesach. The Nation of Israel ascended and purified itself for seven weeks, and was then ready to receive the Torah.

Although we say in the Haggadah that had HaShem only done a few of the great things that he did for us, “Dayyeinu,” it would have been enough, we know that the purpose of bringing us out from Egypt was to be His Nation and to follow His Torah. When the Torah describes Shavuos for the second time in Deuteronomy, it says “And you shall remember that you were a slave in Egypt, and you shall guard and do these statutes” [Dev. 16:12], and Rashi comments: “It is on this condition that I redeemed you, that you shall guard and do these statutes.” Thus the process of redemption from Egypt and the giving of the Torah are directly connected, and all part of the same celebration.

The Aruch HaShulchan gives another answer, mentioned by Rabbi Yehudah Prero in his Yomtov class. We mention specific things on Pesach and Sukkos because they happened at specific times — the Exodus from Egypt, and the protection of Israel in Clouds of Glory.

The Torah, however, is given to us anew every day. And every day it is incumbent upon us to thank and bless G-d for giving it to us. It did not only happen once; G-d continued to give Torah to Moshe throughout the 40 years in the desert, and continued to teach the Prophets and even more recently through Divine Inspiration. The giving of the Torah is an ongoing process, not limited to one day on the calendar.

The Torah is something we must celebrate every day!