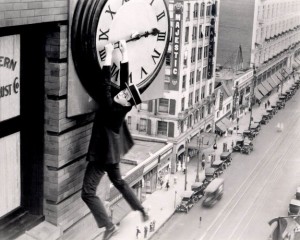 From the entire Book of Genesis, we learn only three Commandments: be fruitful and multiply, circumcision, and to not eat the sinew in the thigh (the same touched by the angel that fought with Ya’akov). The first Commandment given to the nascent Jewish nation, under Moshe and Aharon, is to Sanctify the new month, with the appearance of the New Moon.

What is so important about this Commandment?

A look at Jewish history strengthens the question. When the Greeks oppressed the Jews prior to the events celebrated on Chanukah, they banned three Jewish practices: Sabbath, Circumcision, and Sanctification of the New Moon. The Greeks believed the world was natural and constant; one day was not holier than another, and in practical terms, Sabbath observance made the Jews very different from everyone else — so we understand why they objected to Shabbos. Similarly, they believed the body was naturally perfect; the word “gymnos” means nudity, and described the dress code of the original, ancient Olympics. To them, circumcision was mutilation of the human form. But what was wrong with the Jews Sanctifying the New Moon?

By requiring that the Sanhedrin, the Supreme Jewish Court, sanctify the Months, the Torah gives the Jewish people a share of control over the process. Witnesses had to come and testify, and the Sanhedrin had to accept their testimony and declare the new month Sanctified, in order for a new month to begin 30 days after the previous one. Otherwise, the new month would automatically begin on day 31. This means the Sanhedrin could move the holidays simply by declining to sanctify a new month.

We see this in the current calendar, which limits when certain holidays can and cannot begin: the best-known formula is “lo AD’U Rosh,” which means that Rosh HaShanah cannot fall on Sunday (aleph being the first letter of the Hebrew Alef-Bais), Wednesday (daled, the fourth) or Friday (vav, the sixth). This is because the Rabbis did not want Hoshanah Rabba (the last day of Sukkos, prior to Shemini Atzeres) to fall on the Sabbath, or Yom Kippur to be Friday or Sunday.

Again, this was established by the Rabbis, not the Torah. They established our present calendar when they saw that due to Roman persecution and dispersal, the Sanhedrin would not be able to sanctify the new month in normal fashion. And today, over 1000 years later, the times when holiness comes to the world are not simply given to us by G-d, but by us, the Jewish People, as well. This idea, that human beings could impact and change the world — not just physically, but spiritually — was foreign to the Greeks and their idolatry.

The Greeks of that time are, of course, ancient history. We, the Jewish People, continue to change the world.