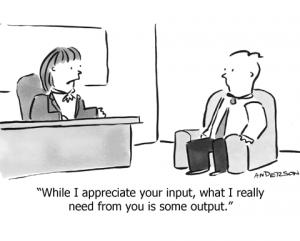 At the beginning of this week’s reading, Sarah passes away and Avraham goes to find a burial place for her. He would like to bury her in the burial place of Adam and Chava (Eve), which is the Cave of Machpela near Hebron. So he goes to the Hittites to ask for that cave.

The Hittites show him great respect and deference, because he was renowned. And when he asks about a burial place, the Hittites tell him “you are a prince of G-d among us, in the best of our gravesites should you bury your dead; no man among us would withhold his gravesite from you, for burying your dead.” [Gen. 23:6]

Rabbi Yisroel Mayer Kagan zt”l, the Chofetz Chaim, asks: if this was their response, why did Avraham find it necessary to ask for the specific field from Efron, or to even speak with Efron about it? If they told him to take any site he wished, why did he need to negotiate further?

The Chofetz Chaim answers: Avraham knew that if he would go to any particular place, the owner of that field would suggest a different one. Avraham needed to negotiate with the owner of that site, so that he wouldn’t be pushed off when he went to the place he wanted.

We see that Efron, as an individual, engaged in similar behavior. First he told Avraham to take the field, then he hinted to a price, and then he took the price in international currency — in that era, currency that could be used in different places was much more valuable than “local” currency.

Efron shows us that Avraham was right not to trust the Hittites answer — for they were big talkers, not big doers. What they promised was much greater than what they delivered. In the Chapters of the Fathers (Chapter 1), Shammai advises us to do just the opposite: “say little, and do much.”

As we all know, there are many people who are big talkers. They claim they can do many things, but at the end of the day nothing happens. And then you have those individuals who are precisely the opposite: they don’t make promises, they just get things done. And we all know with which type of person we would prefer to work!

Using the lesson of the Hittites, and Ephron himself, we learn what not to do. We should strive to deliver more than we say, to be like Shammai rather than Efron.